Expressing Yourself with a Skirt 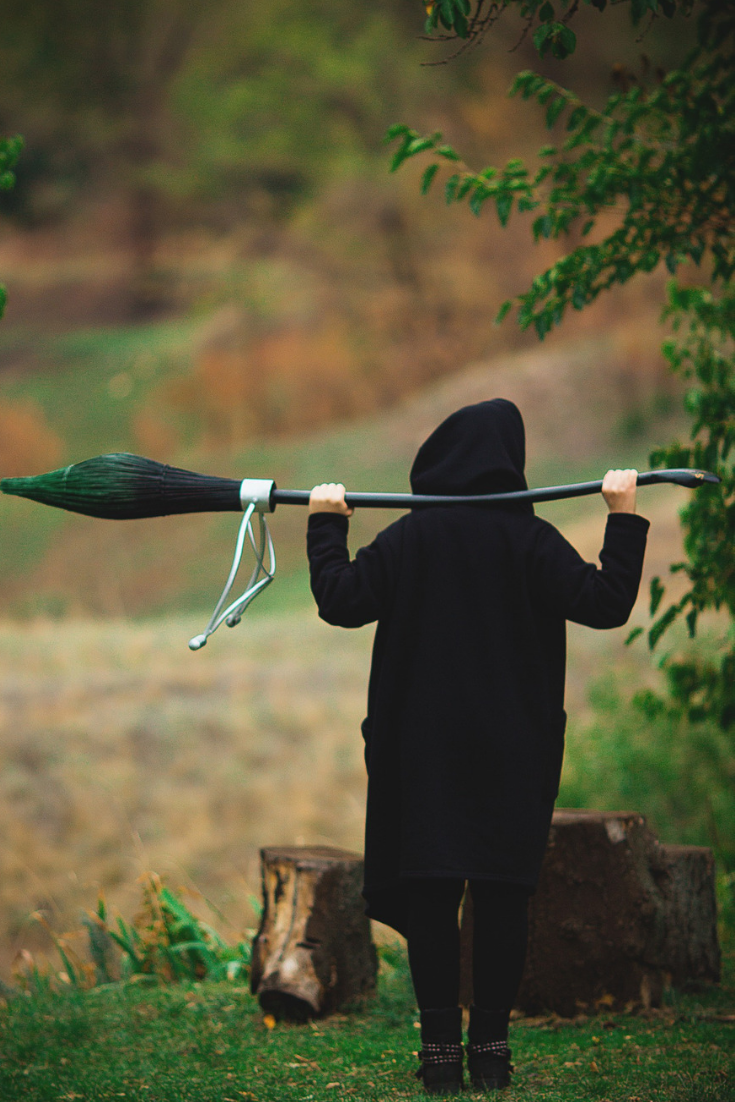 *Items in this guide were sent for the purposes of this review – all opinions are our own.

I can remember the first time I came across Harry Potter. I was at secondary school, the early years, and a friend brought in the Philosopher’s Stone and said that I had to read it. I took it home and pretty much devoured it in a day and from that moment I was hooked. Within months I had read every book released and when I was on study leave for my GCSEs the latest book came out and I finished all 600 pages within two days. The same happened again and again until, along with every other Potter fan, I was sad that there would be no more books. I was reluctant to watch the films as the books had been so amazing but I soon fell in love with them too AND was like a super fan when I visited the Warner Bros Studios, which I have been fortunate enough to do many times. So I thought I’d create a gift guide for Potter fans like me on what to get for Christmas (and birthdays too obviously!) 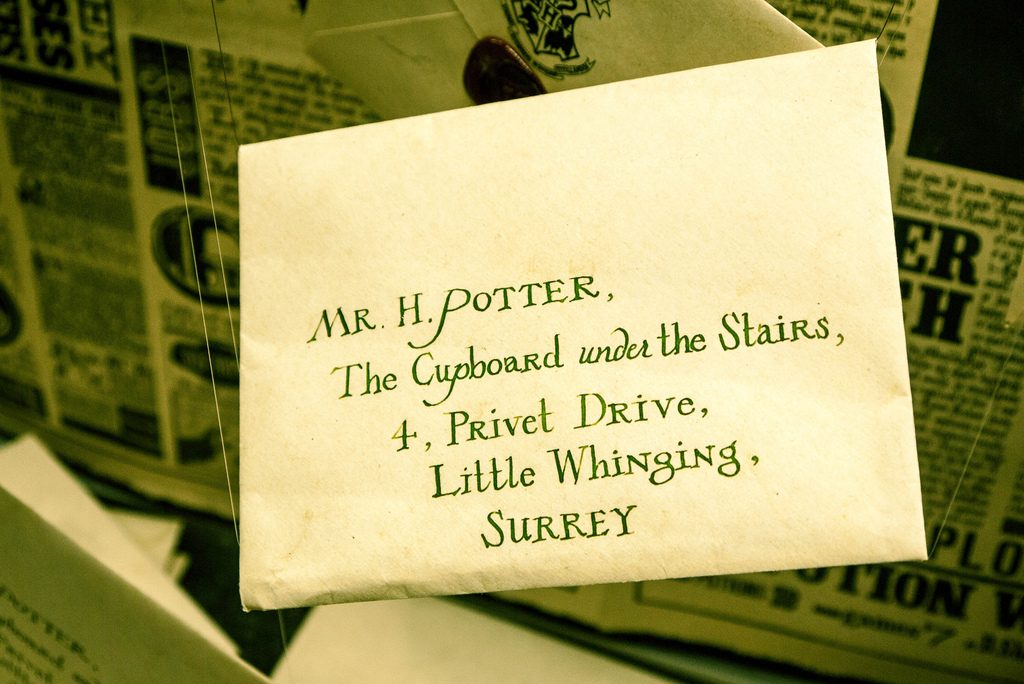 Continuing on with the Harry Potter theme, those that follow me will know I am a huge Potter fan and I am not the only one in the family, there are a few of us. A couple of months back we were at the opening of the Order of the Phoenix exhibition at the Warner Bros. Studios and I have read the books a bajillion times already and plan to read them probably a bajillion times more. You either love it or you don’t and we LOVE IT! So, I thought these amazing Harry Potter Training Wands would be perfect! It teaches you how to cast 11 of the most iconic spells from the story and the wand can actually detect the users motion. It has 5 different play modes to practice, duel friends or even ZAP opponents when playing Wizard’s Tag. I’d recommend buying at least 2 and letting the fun commence! 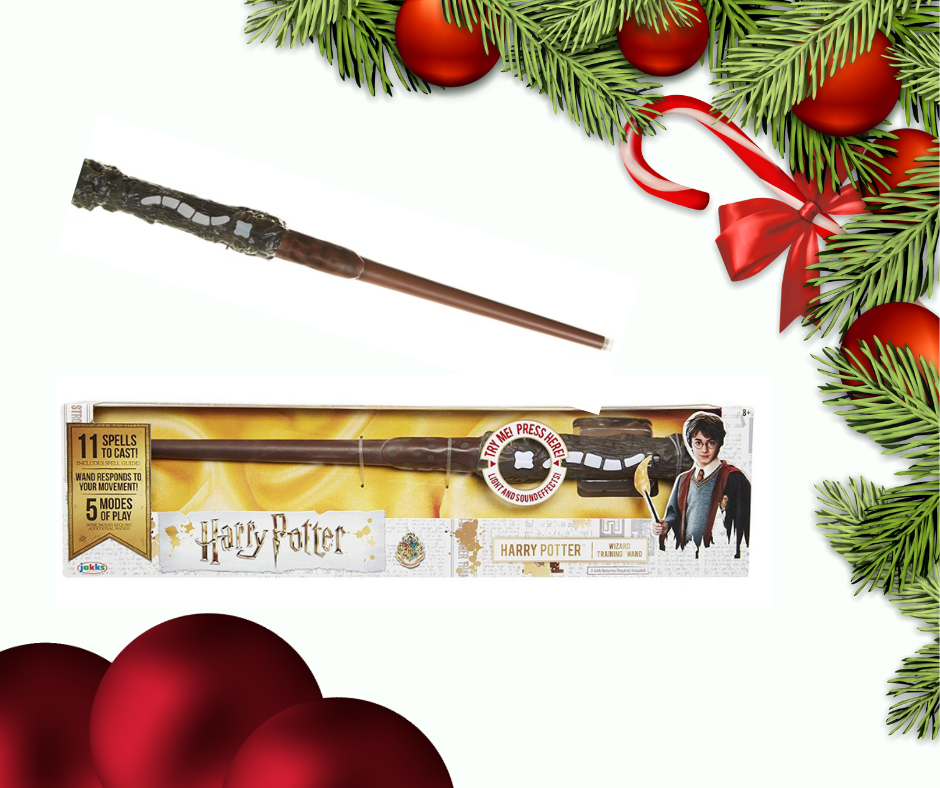 Slytherin to your cosy home clothes and get tucked up with a well-dressed cuppa. Yes, we know it’s a Gryffindor mug, we just wanted an excuse to use that pun. If you hate puns, you know where the door is. Or should we say… the Gryffin-door? £12.99 and available here. 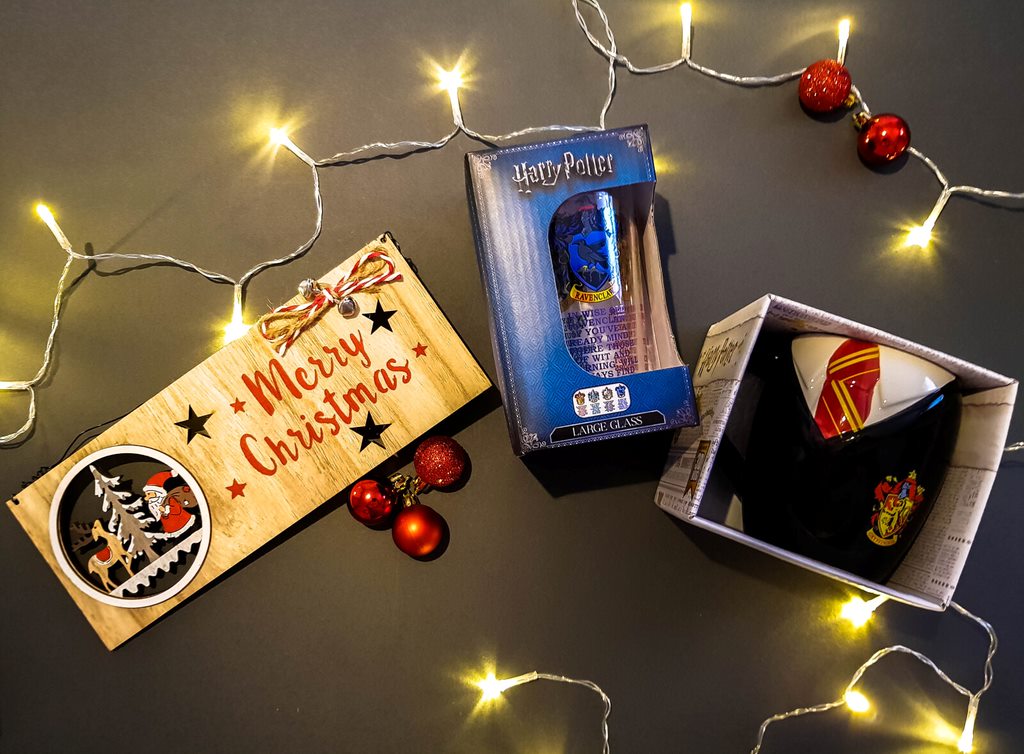 Cosy and Comfy with New Look and Next

Something I love about my job is that when I’m working from home it really doesn’t matter what I look like because the only things there are me, the laptop and social media and unless I snap it, which I occasionally do on my Instagram stories, no one is ever going to know that I spent the day working in my pyjamas. Who doesn’t love pyjamas right? I’m reluctant to get out of them and fast to jump in them the second I am done with the outside world for the day. 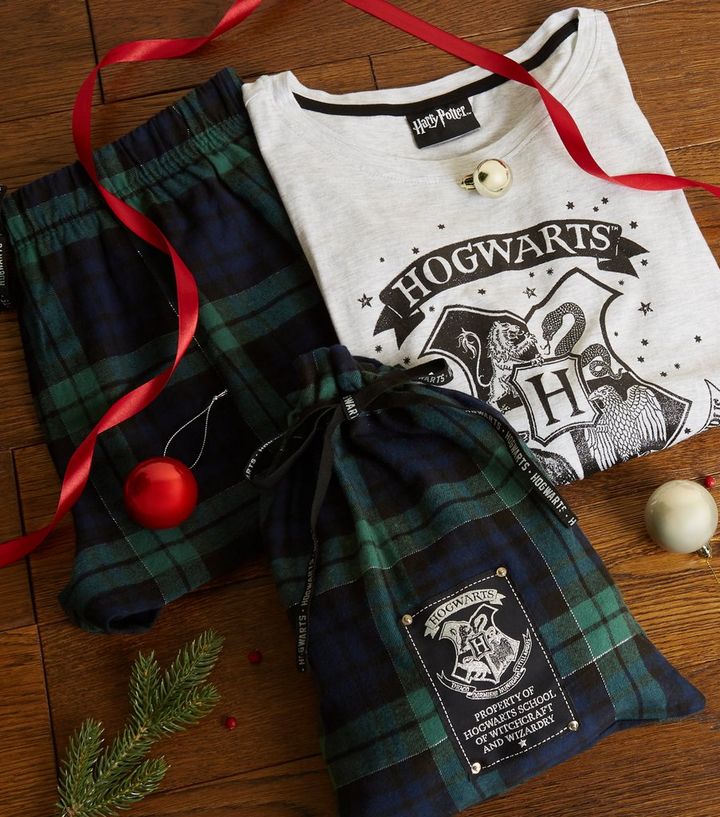 New Look have these gorgeous Harry Potter women’s pyjamas that comprise of a t-shirt and shorts and come in a gorgeous matching blue and green tartan bag. They are super soft and a little stretchy, meaning they don’t constrict you at night, which I hate. 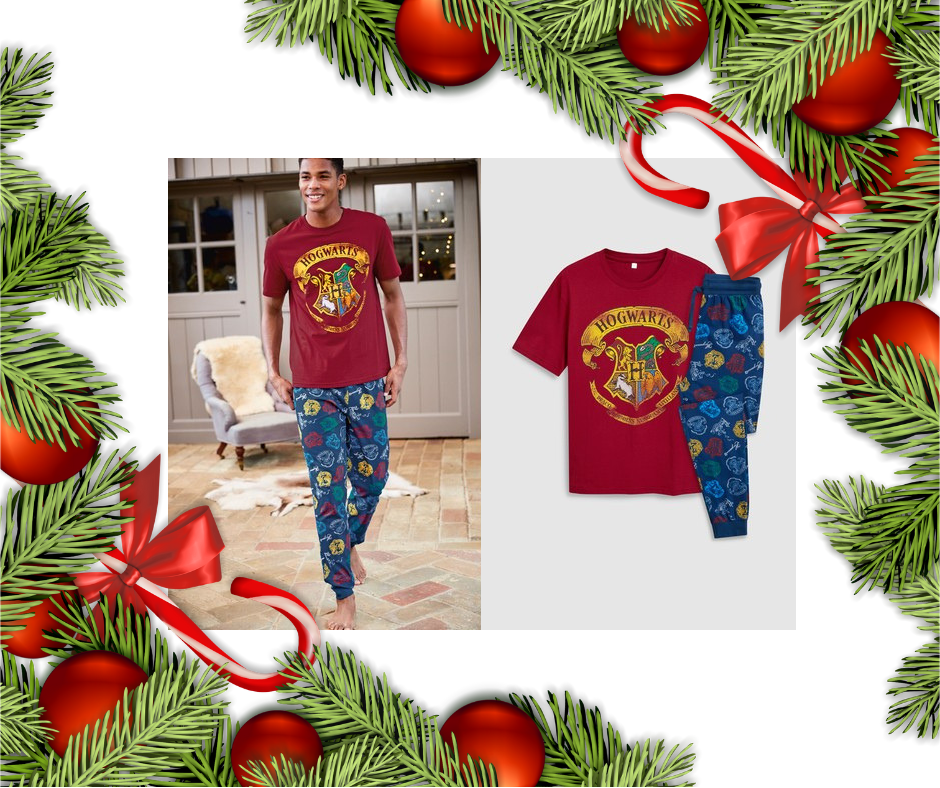 Don’t worry though because the boys aren’t missing out as they can grab this gorgeous set of pyjamas from Next which include a pair of cuffed lounge style trousers and a t-shirt and includes the Hogwarts crest and those of all the houses. These retail for £30.

Race against other players to get rid of all your playing card tiles, swapping letters and even adding your tiles onto other players’ words.

This game comes in a cool, portable bag, which makes it the perfect game for on-the-go, whether you’re playing with friends or the kids!

In this special Harry Potter Edition of Lex-Go!, there are 4 spell tiles to increase your chances of winning, the Polyjuice Potion tile can be used as any letter and if you can spell the word SNITCH you win the round! Available for £14.99 from The Works. 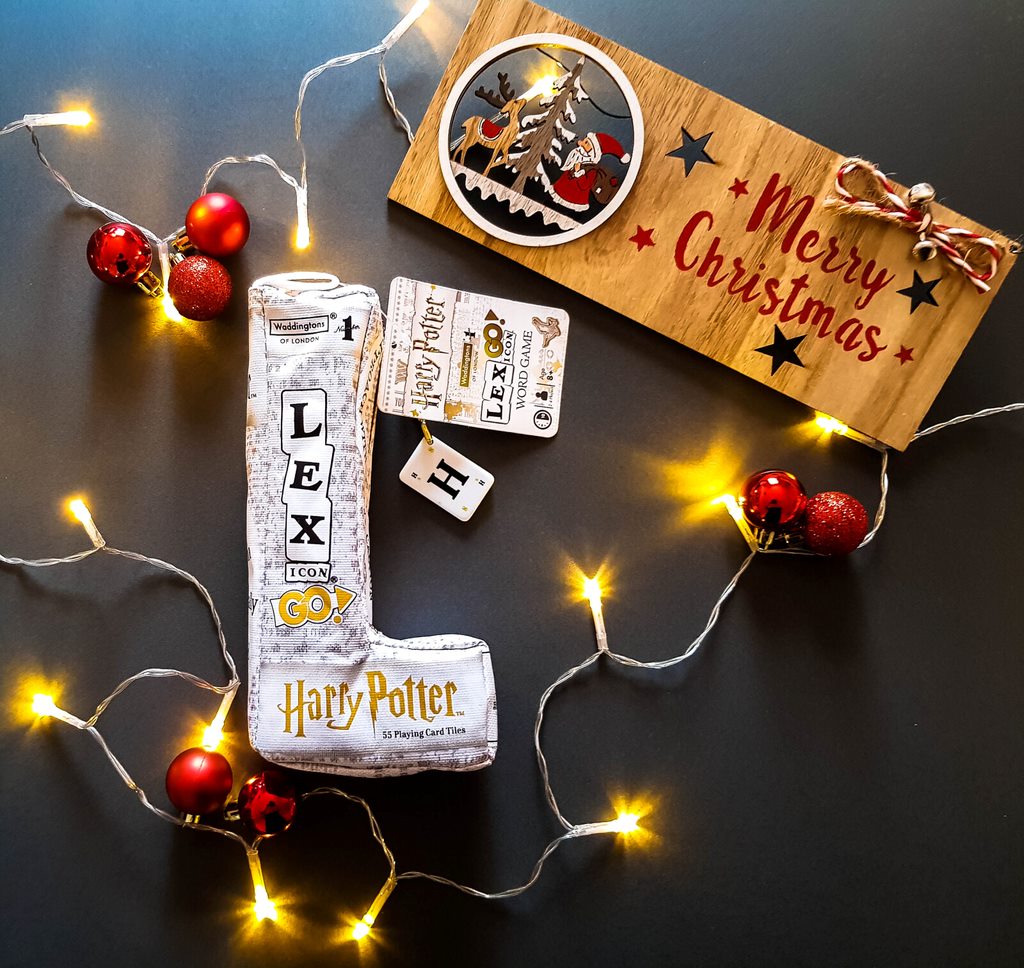 Catch the Snitch with Paladone

Let’s face it, we all wish we could play Quidditch in real life – though I don’t fancy being hit by a bludger or knocked hundreds of feet down off my broom…but I still want to play. One of the most iconic items from the Harry Potter phenomenon has got to be the Golden Snitch. Harry catches so many of them, despite the difficulty in doing so, so imagine if you could own your very own. Designed almost like a night light, this amazing bell jar contains what looks like a floating golden snitch which when charged, via usb, has a soft glow lamp. I’m almost tempted not to give it to my nephew so I can have it for myself! 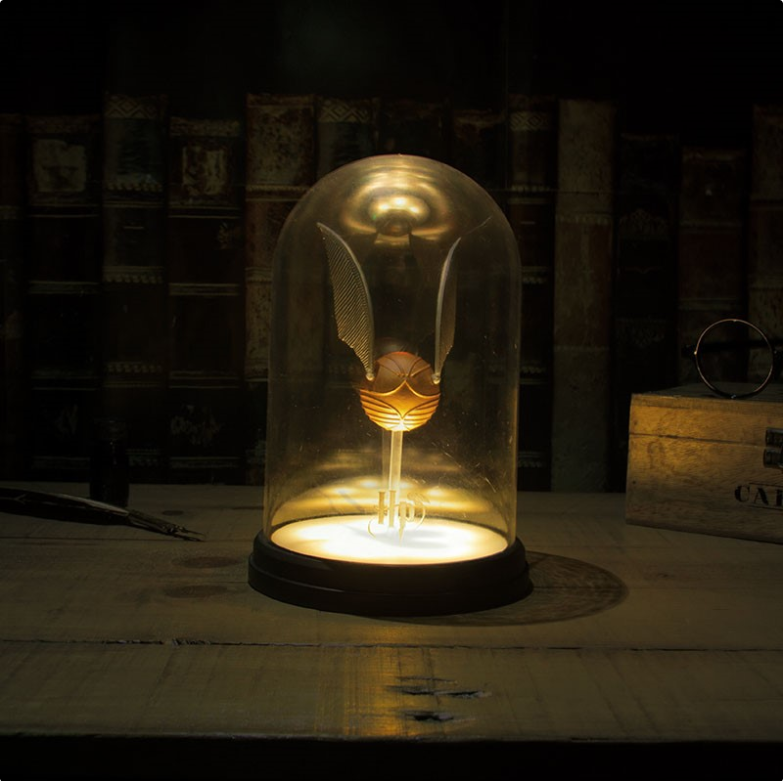 What better present to get a potter fan than something they can wear to show their allegiance to Potterdom each and every day. We might get some strange looks if we went to work and school constantly sporting our black cloaks and house ties, so why not sport an amazing Hogwarts watch to tell the time. This gorgeous one has so much detail on the face, including the crest in the centre and then spelling out Hogwarts School around the outside of the clock face. It has neutral colours making it suitable for anyone and everyone whether you’re a Gryffindor or a ghastly Slytherin. 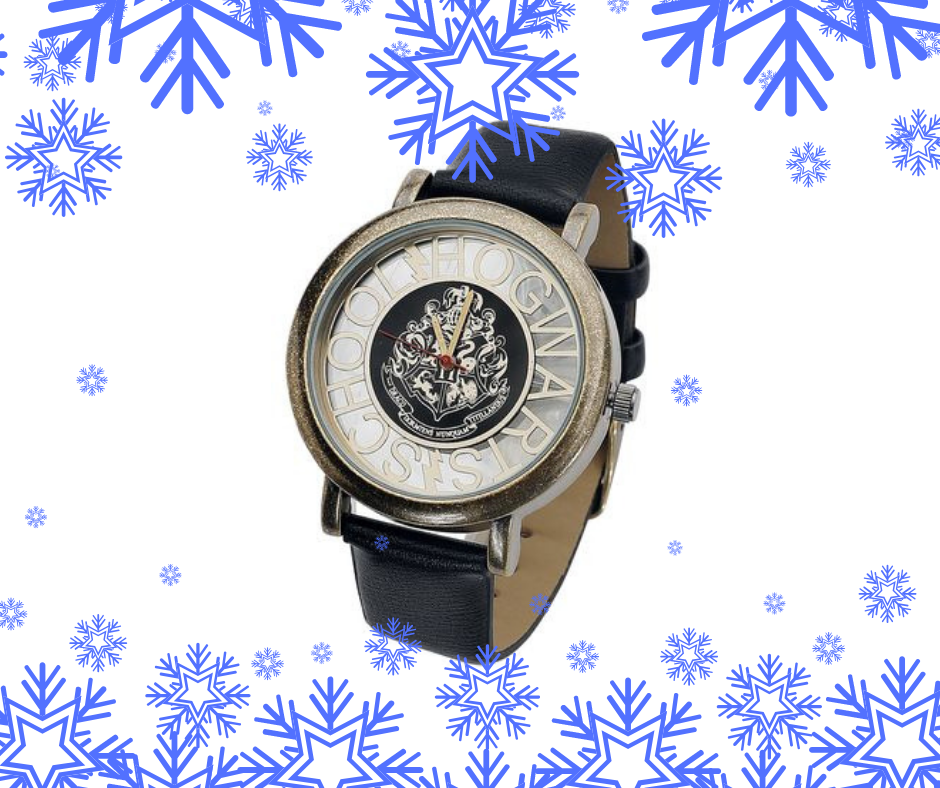 There are a lot of different things you can collect when it comes to Harry Potter, though you will find a lot of these things restricted to the four houses or the very main characters. I often think it’s a shame that some of the smaller yet equally amazing characters get overlooked. However, when it comes to Pop Heads, you can get SO MANY of the characters it’s amazing. My nephew adores these and has quite the collection, not only in the Harry Potter series. You can of course get the main characters but you can get so much more AND various versions of the different characters too! 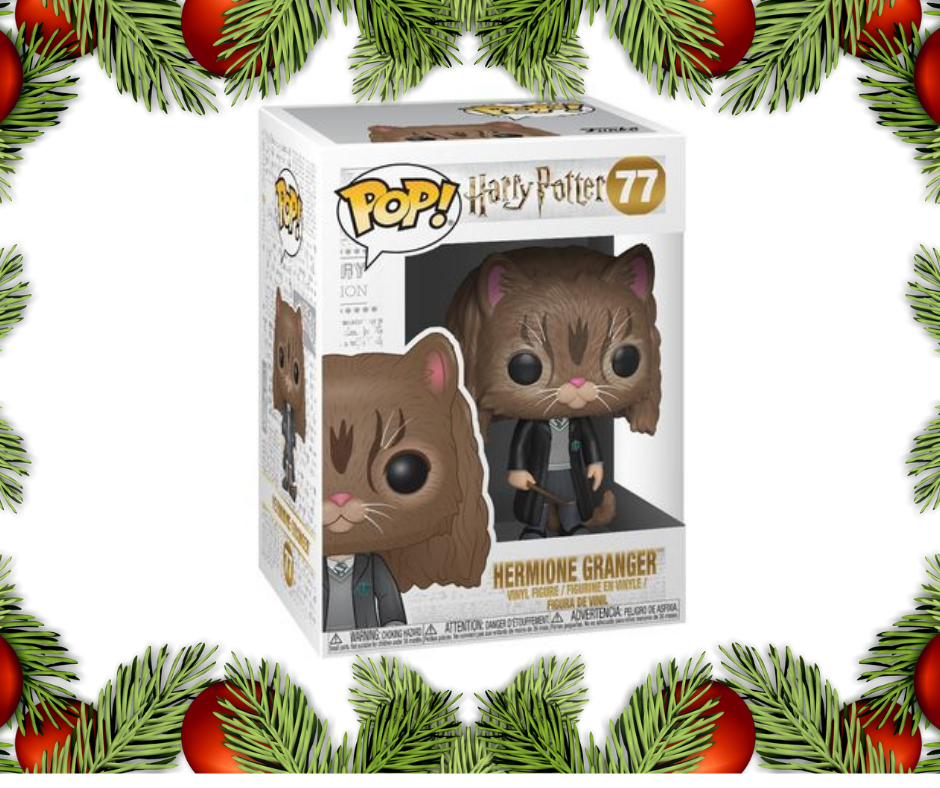 What I am really loving now we are so far into Potterdom is that you can pretty much get hold of most things that were in the books and films. I’ve tried Butterbeer, suffered a rotten egg Bertie Botts Bean, eaten a chocolate frog, waved a wand and worn robes. I have even ridden on a broomstick and it is just so much fun. However, you don’t have to leave the comfort of your own home to immerse yourself in the world of Harry Potter – you just need a Harry Potter hamper full of all sorts of goodies making it feel like you’re part of the wizarding world too! 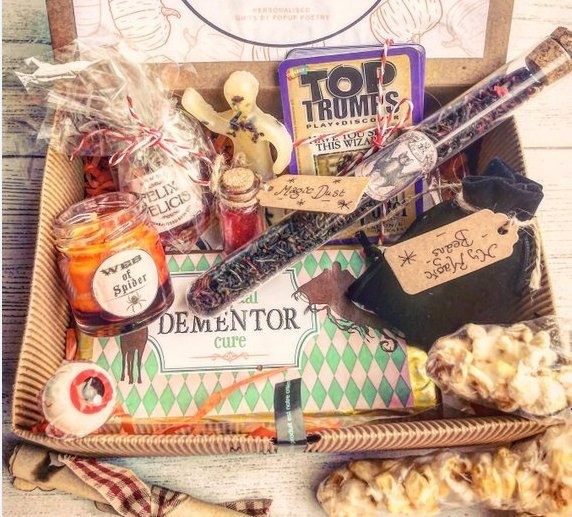 Harry Potter is huge, there is no denying it but combine it with another phenomenon and you just get an explosion. When Lego first started releasing different models you could build from the world of Harry Potter, I think we all went a little mad and now there are so many that you can effectively have your own version of the wizarding world in miniature Lego version. Whatever part of the stories were your favourite, it’s likely there’s a model of it that you can build. Build and recreate a magical fantasy realm from the Harry Potter movies. 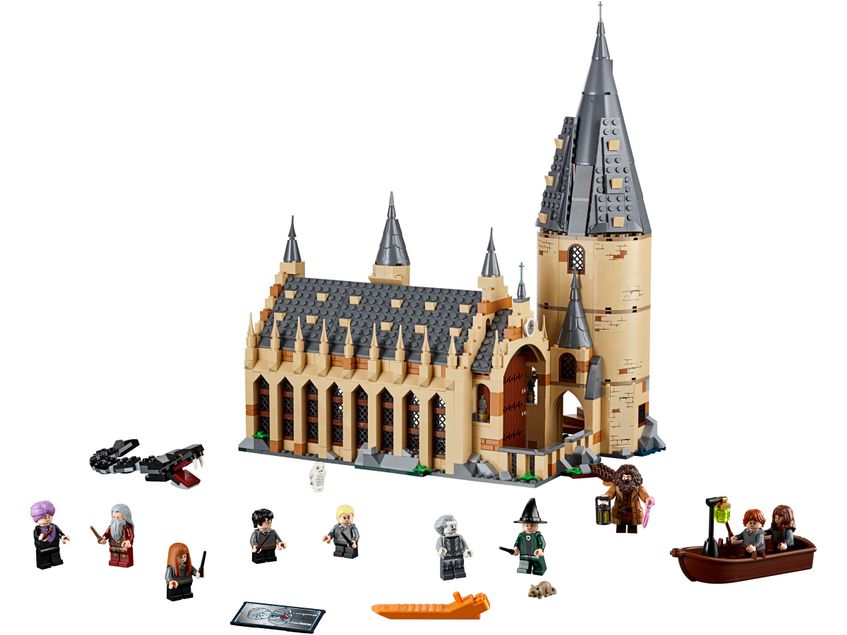 Finally, I couldn’t let this guide pass without a mention to some of the gorgeous pieces of jewellery that have come as a result of Harry Potter. Be it a beautiful pair of Golden Snitch earrings or like me you have a time-turner necklace like Hermione’s, though mine is a little smaller and in silver, there is something for everyone. Any of these really would make a beautiful gift for Harry Potter fans everywhere. 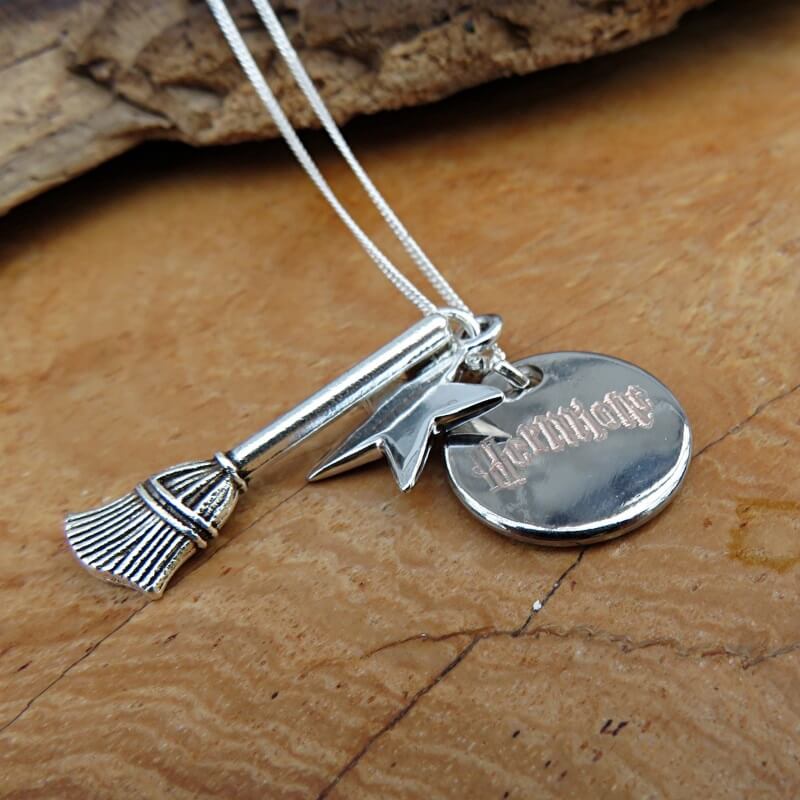 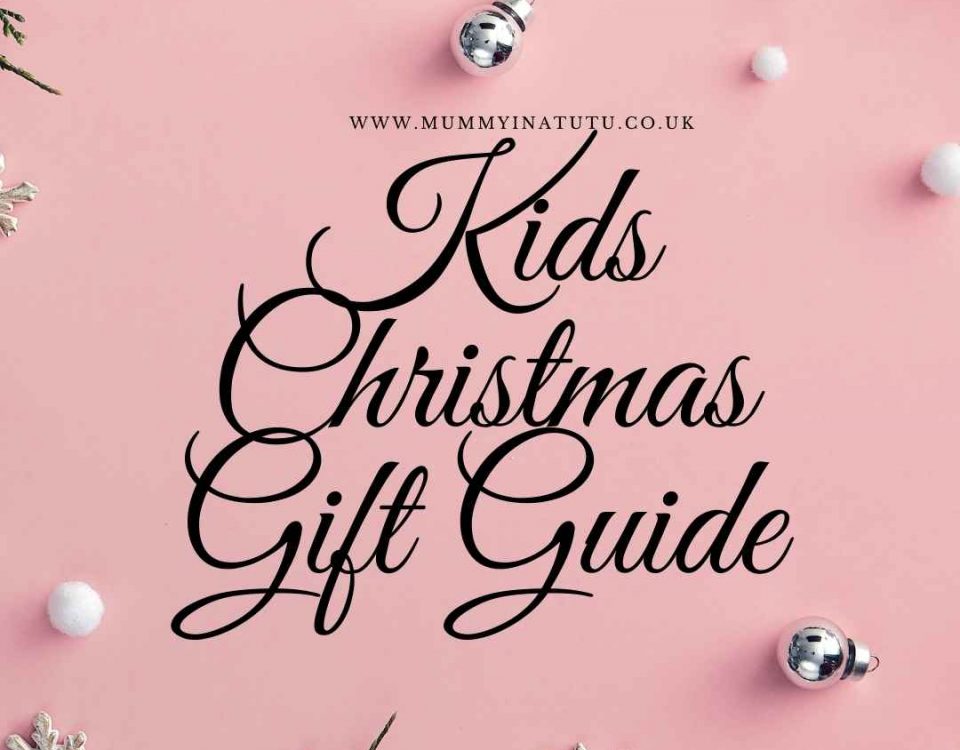