The Top Places All Potterheads Should Visit 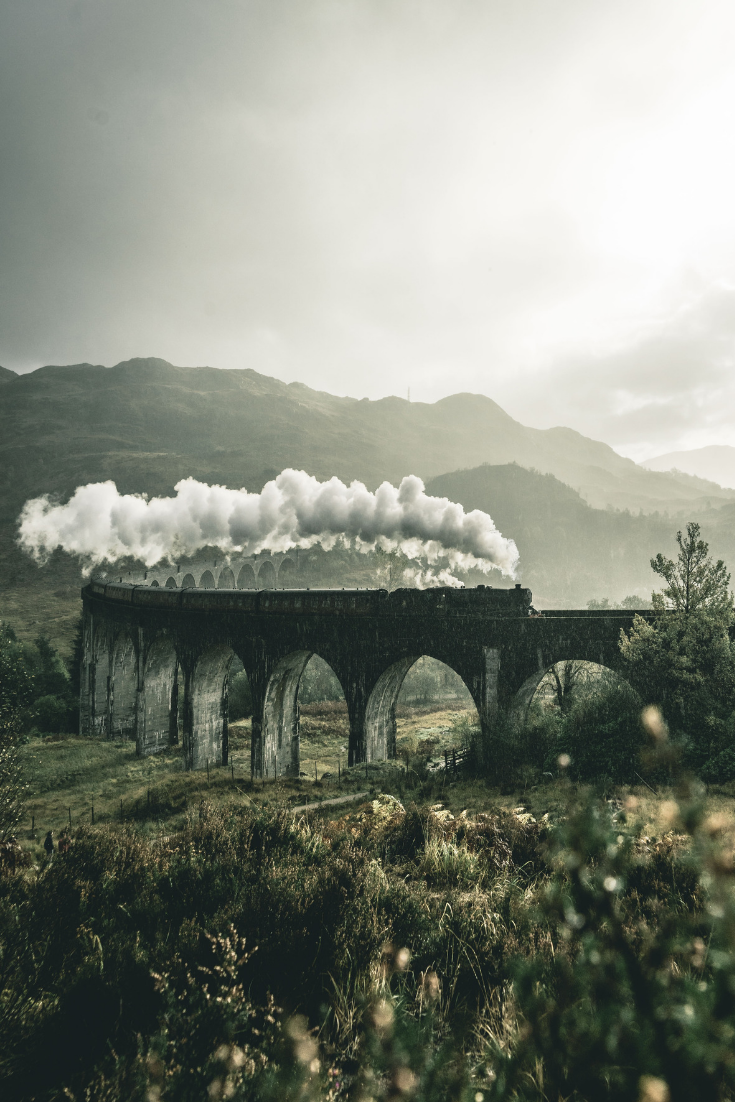 It’s hard to believe that everyone’s favourite wizard has been with us for more than 20 years. Who’d have thought how popular Harry Potter would be, especially when the books were transformed into amazing films full of imagination and inspiring scenery. They really brought the the wizarding world to life, and for many there’s nothing better than to visit the iconic locations where the films were created. From the Scottish Highlands to central London, leave your Muggle life behind and follow in Harry’s footsteps. 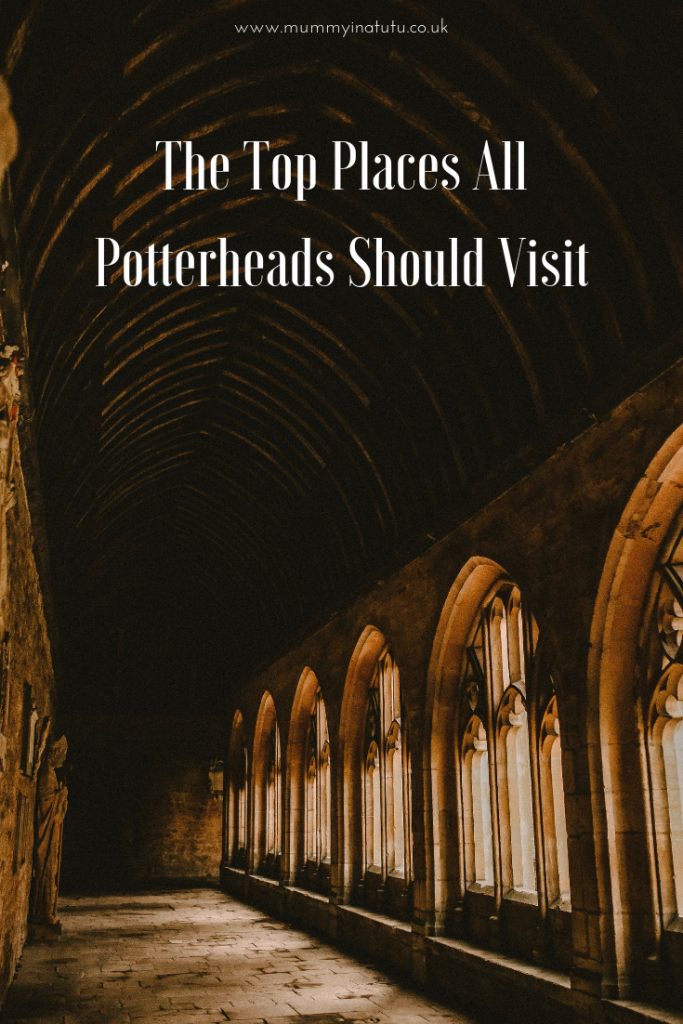 Where it all began

A quaint little café, The Elephant House in Scotland’s stunning capital city, is where JK Rowling first started to jot down her story of a young boy called Harry. Going on to become one of the most famous books and film series in the world, it certainly earns its ‘Birthplace of Harry Potter’ sign at the entrance. Indeed, Edinburgh is full of places that inspired Harry’s world. The cobbled lanes of Victoria Street and Candlemaker Row are just the setting for a Hogwarts robe-fitting on Diagon Alley.

The famous 4 Privet Drive we know where Harry Potter lived his childhood years, is actually in Bracknell, Berkshire, at 12 Picket Post Close. This is where we first met Harry and the unpleasant Dursley family. And even though Harry hated the place, Potterheads will love seeing Harry’s first home with their own eyes. 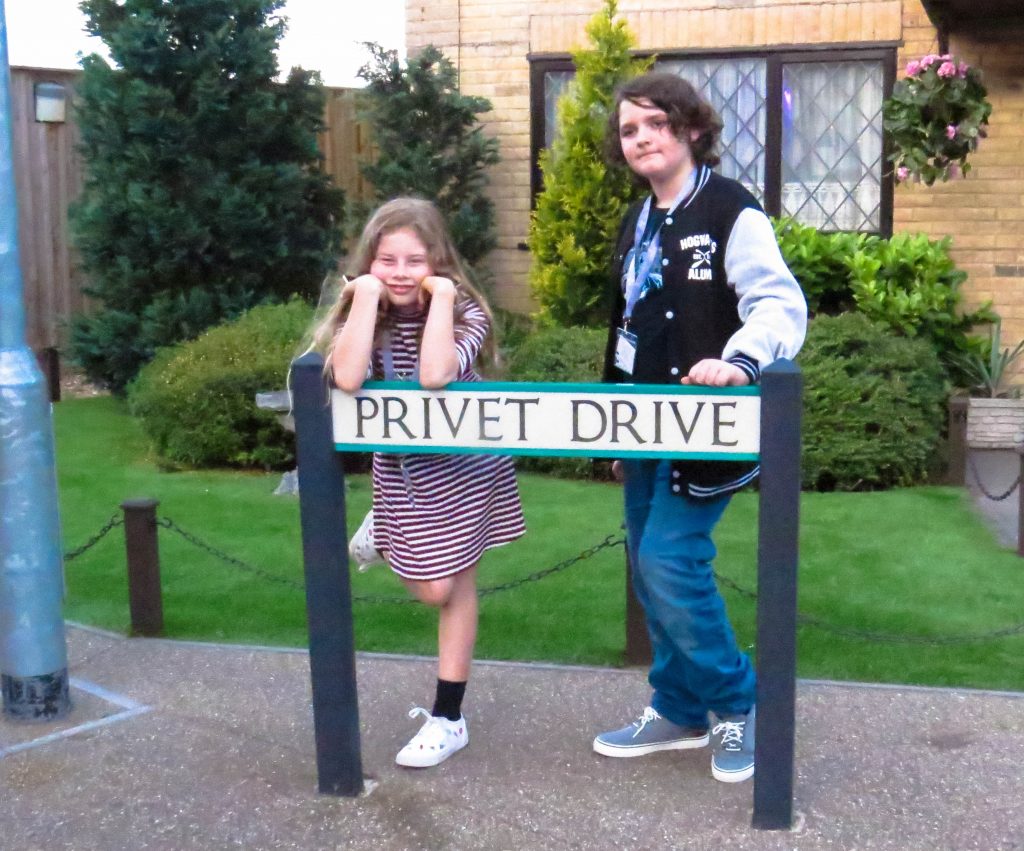 Head to the Reptile House at  London Zoo and stand in the same spot as Harry did when he discovered his magical powers, speaking Parseltongue for the first time with a Burmese python. This famous scene from The Philosopher’s Stone was filmed here, and today, Potterheads from all over the world come to relive the exact scene.

One of the oldest markets in London is the setting for the place where the wizarding world mingle: Diagon Alley. The Victorian architecture, small shops and interesting bars in Leadenhall Market recreate the atmosphere and location of the Leaky Cauldron, Ollivanders, and Flourish & Blotts perfectly. 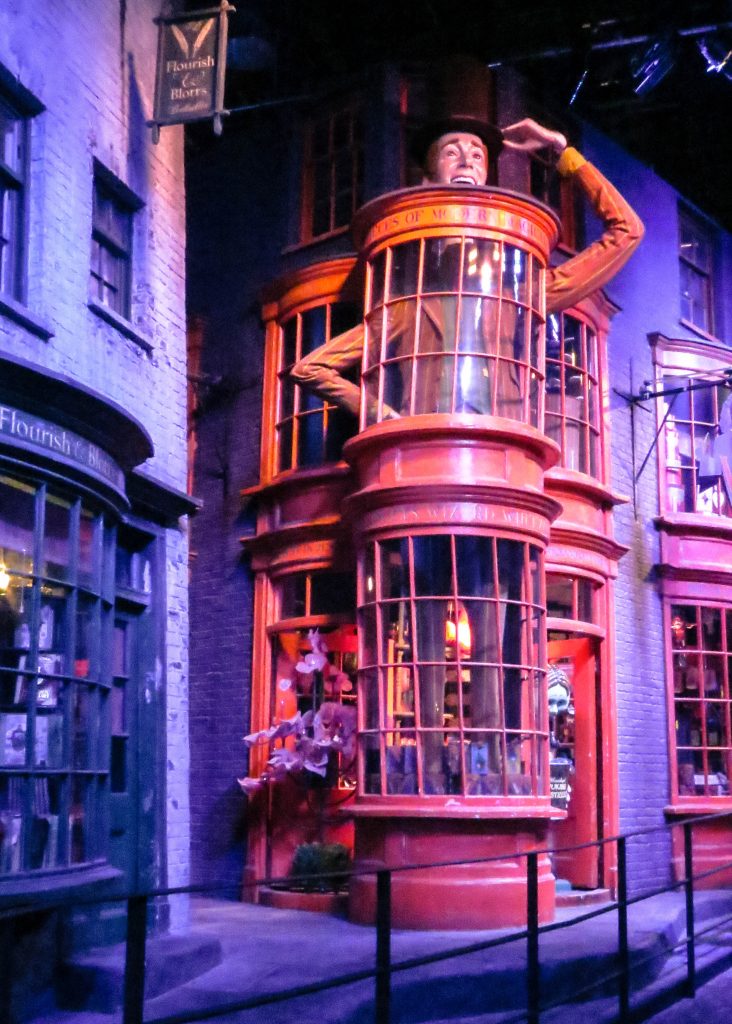 Take that first step on your journey to Hogwarts, at King’s Cross Station in London. Right in between platforms nine and 10 is the wizard’s own Platform 9 ¾ where Harry and his friends gathered. Spot the trolley disappearing into the brick wall. You’ll find plenty of Potterheads here, especially on 1 September, the traditional day for new students to catch the Hogwarts Express.

The trip to Hogwarts

Of course, even us Muggles can enjoy the real-life Hogwarts Express as Harry did, because it’s actually the Jacobite Steam Train and runs across the Scottish Highlands. Travel the exact route taken by young wizards through familiar locations such as Glenfinnan which is the archway bridge to Hogwarts. As one of the iconic shots in the films, no wonder it’s dubbed the greatest railway journey in the world. 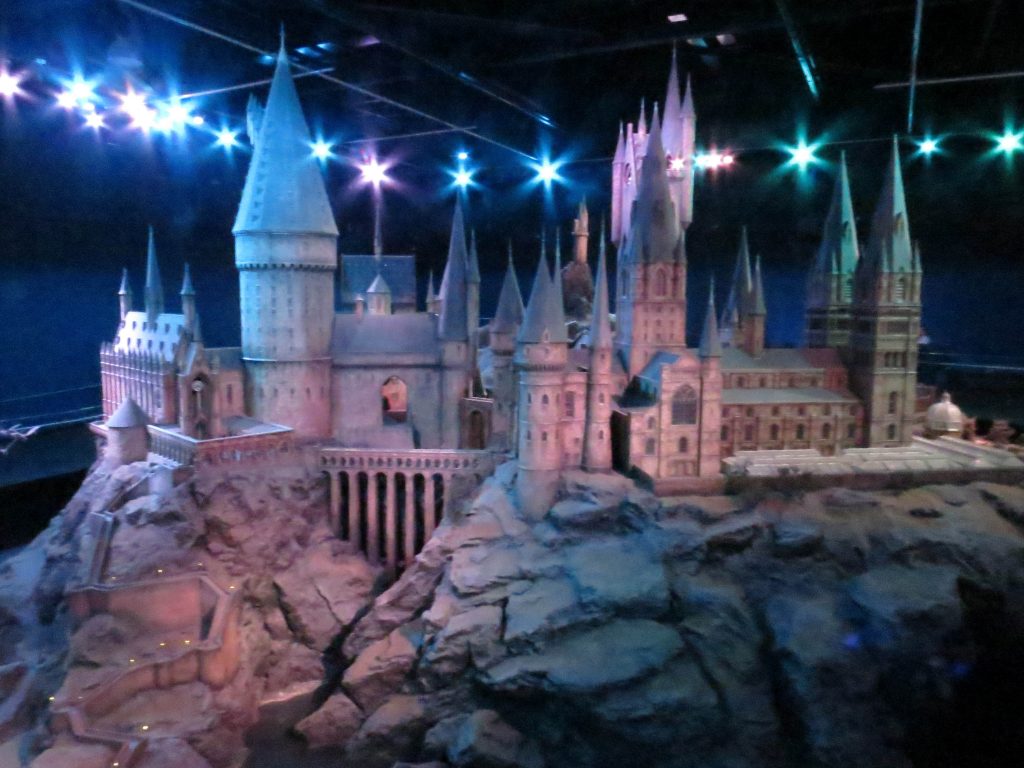 Next stop is Goathland Station in North Yorkshire, otherwise known as Hogsmeade Station to Potterheads. This charming station was where we first saw Hogwarts. Here, the Hogwarts Express stopped and students disembarked to start another year at the best school for witchcraft and wizardry in the world.

Step into the wizarding world

A vital stop on any Potterhead tour must be to Leavesden, just outside London. Here you can buy tickets for wbstudiotour.co.uk and visit the actual film sets. Walk down Diagon Alley, through the Forbidden Forest, and around the Great Hall. Dumbledore’s office and the Gryffindor common room are all recreated exactly as they were for the films, surrounded by authentic props and costumes, as you taste some real Butterbeer. This official studio tour is an unforgettable experience. 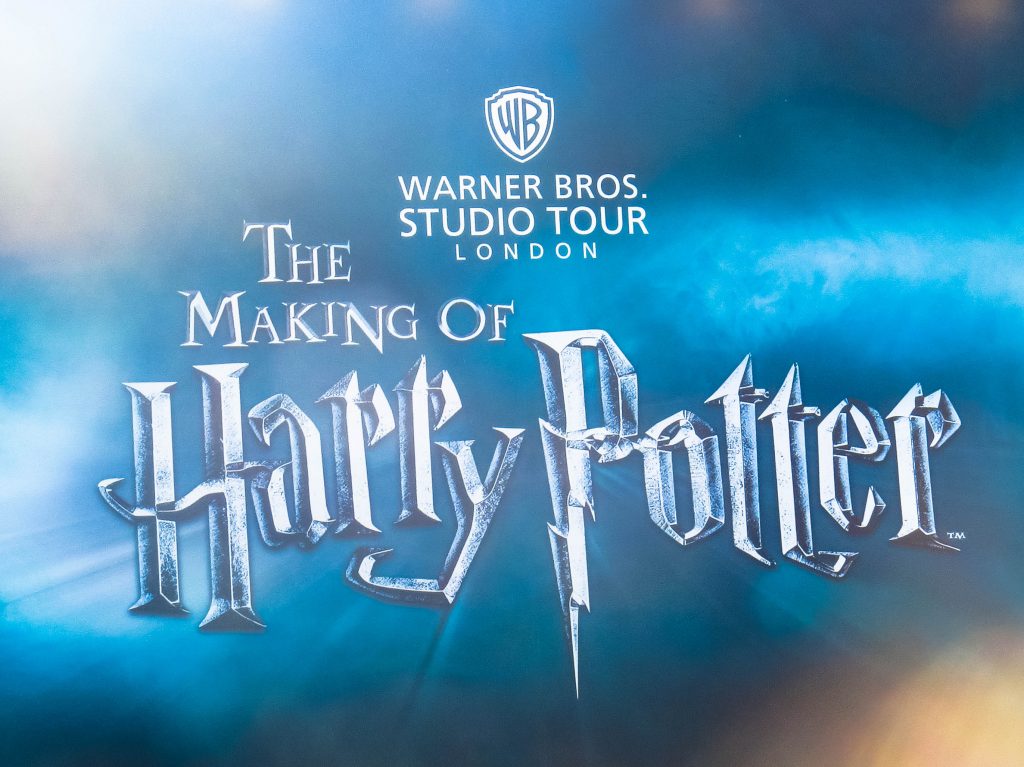 Dine with the wizards

Visit Christ Church Cathedral at Oxford University and you’ll immediately recognise the setting for the impressive Hogwarts Dining Hall. Potterheads will also spot the staircase were students were filmed arriving at Hogwarts, and where Harry met Draco Malfoy for the first time. Hogwarts Library and infirmary were also filmed at the famous Bodleian Library.

Potterheads will love exploring Alnwick Castle in Northumberland. The grounds of this 700-year-old castle was where Madam Hooch taught her first students how to fly on brooms, and vitally, the rules of Quidditch. You’ll really see how Harry showed his promise as a seeker, taking part in many matches. Inside, feel like you’re strolling through real-life Hogwarts, as many scenes of our students everyday life were filmed here. 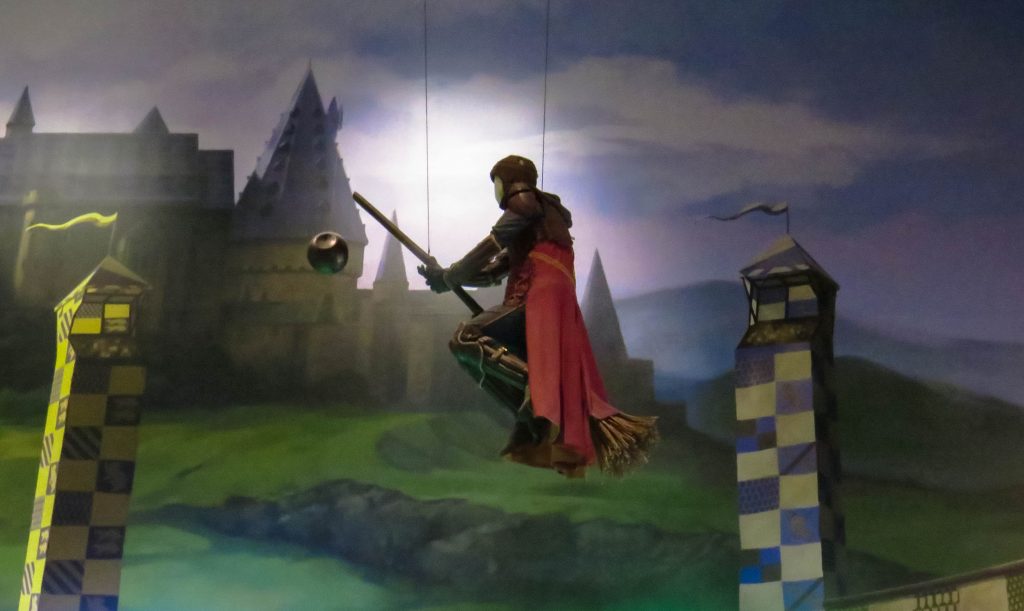 Being a wizard wasn’t all fun, and the Millennium Bridge in London was the location for some scary moments. Here is where Death Eaters attacked and, using special effects, the bridge collapses into the river below. Today, it stands strong for all Potterheads to enjoy. On windy days, however, it’s still believed to sway from side to side… or is it a signal that more Death Eaters are on their way? 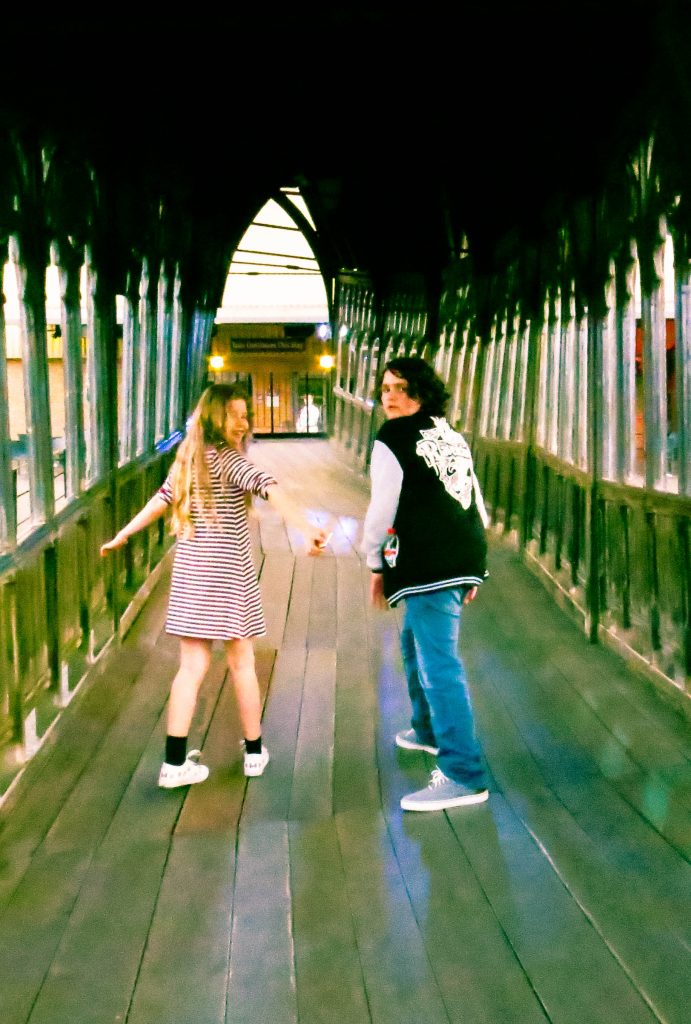 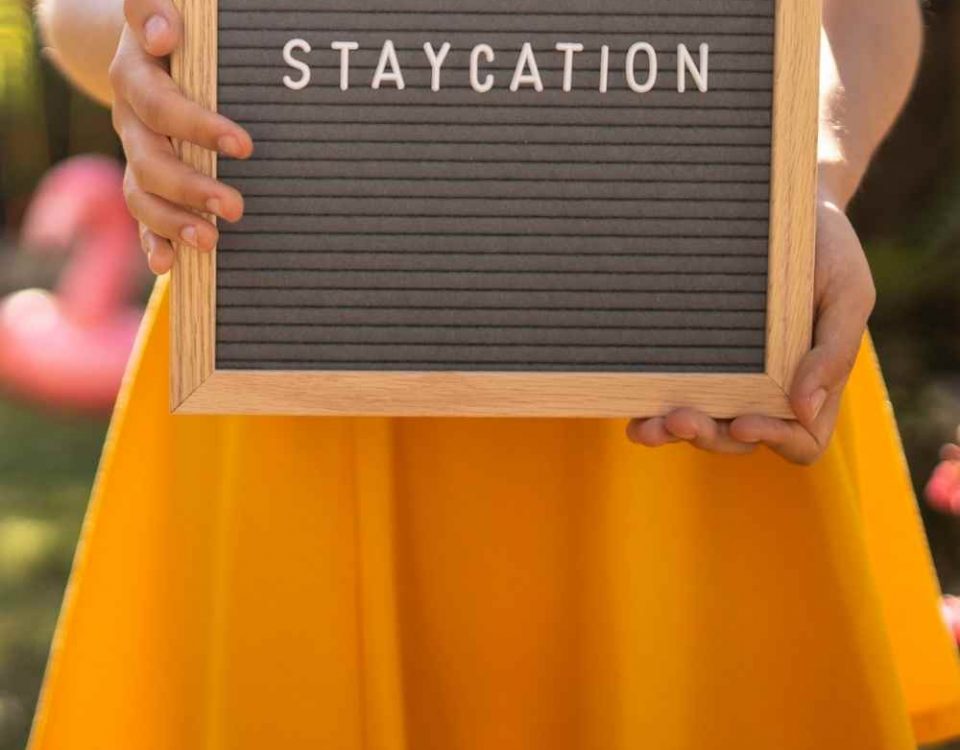