When Will I Be Enough? 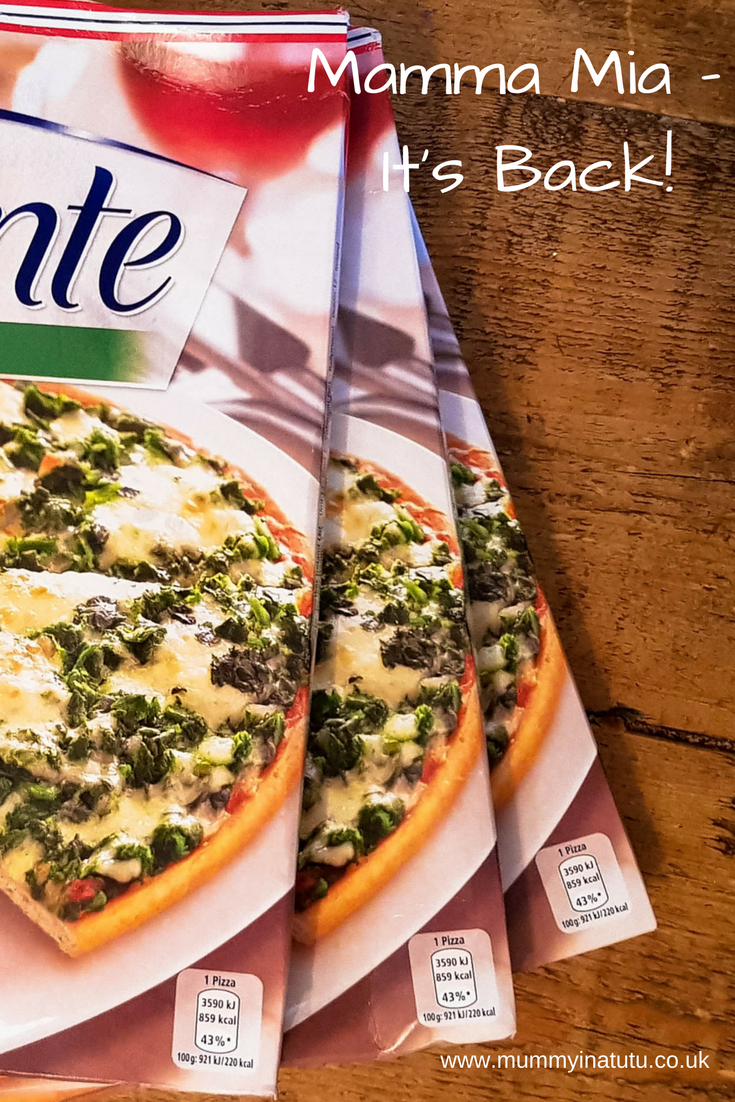 I never thought I’d say this and this might sound slightly dramatic but… Pizza has saved my life so many times. Growing up vegetarian is so different to how it is now. It was still pretty rare when I was a child, to the point where my sister was bullied at school for her sandwich contents when she was just seven years old. Going out for a meal usually meant either Vegetable Lasagna or the mushed to no recognisable taste or flavour Veggie Burger and chips. Some people will probably think we should be thankful that we could get meals out that cater for our lifestyle but, vegetarians are people too you know?! Anyway, pizza being life saving. So, going abroad when I was younger was tough as certain parts of Europe seemed to be even less aware of the fact the vegetarians even existed let alone needed to eat meals with no meat or fish. Having lived in Sicily for three years, I can tell you that some towns still find it a huge abnormality and a total shocker to come across a veggie. However, most countries and holiday resorts abroad 99%  of the time served pizza. So yes, by the end of a holiday I was either turning into a chip or a slice of pizza. Doesn’t mean I don’t still adore it though and Ristorante Pizza have brought back their Spinaci Pizza by popular demand and they sent it to me for review…. 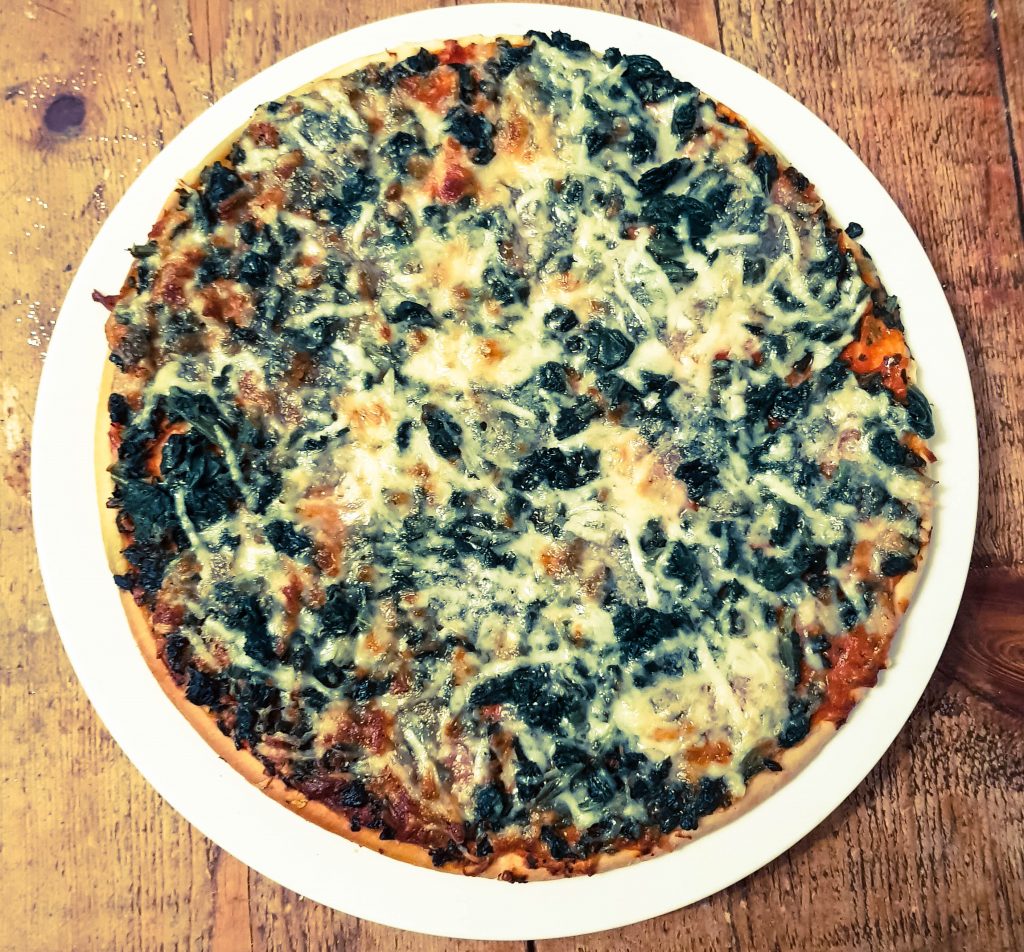 That’s right people the #Spinaciisback and I for one could not be more excited. There are never enough flavours and choices of fresh and frozen pizzas for vegetarians (some of us do like more than just Cheese and Tomato shockingly) so to have another choice and a favourite at that is a total winner in my book for sure! 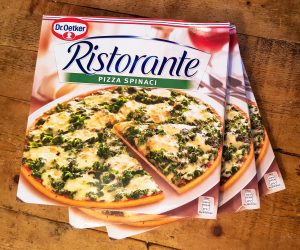 “The UK’s no. 1 thin and crispy frozen pizza brand, Dr. Oetker Ristorante is delighted to announce the return of Pizza Spinaci to its menu of varieties.
Since originally launching as a Limited Edition variety in 2013, fans have continuously requested the return of Ristorante Pizza Spinaci through the brand’s social media and customer service channels.
Lucy Hurrell-Morgan, Brand Manager at Dr. Oetker Ristorante commented, “While we regularly introduce limited editions to our menu, we received unprecedented levels of feedback asking for the return of Spinaci and we felt the time was right to give pizza fans what they want” 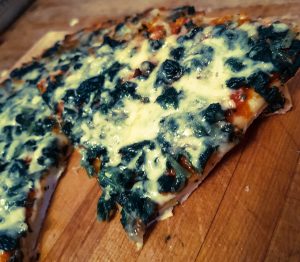 To be honest they had me at Pizza! I did try the Spinaci when it was in stores previously and really love it then. A nice thin trademark crispy base from Ristorante, a nice tomato sauce, the whole pizza covered in yummy spinach and topped with cheese – what’s not to love?! With all that spinach I’d also go as far as saying this pizza has got to be so healthy and good for you right?!

So the lovely people over at Ristorante sent me some delicious Spinaci Pizzas for my family and I to try and we couldn’t wait – as I said, so nice to have a different style pizza. Cooking time was quick (about 12 minutes) although I do tend to go on when the cheese is just slightly golden, but then everyone loves their pizzas cooked differently don’t they? Nonna likes hers to look practically anemic and Alyssa doesn’t care as long as the cheese is melted and the tomato is sauce… just like her! 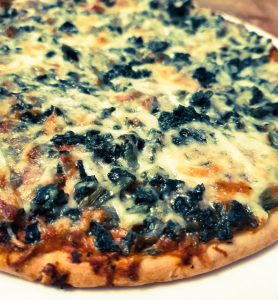 It’s a nice decent sized pizza and Nonna and I shared one and Bear had his own whilst giving a couple of thin slices to Alyssa who loves pizza and garlic bread possibly about as much as she loves Mimmie – I know, that’s A LOT of love! The base was nice and crisp as per all their yummy pizzas but not so crisp you need to see the dentist after. One thing I love about this pizza is they haven’t scrimped on the cheese. There is enough so that it spreads across the whole pizza and you don’t need to add any extra to it.

Honestly, it tasted better than I remembered! The spinach doesn’t taste like its been frozen at all and as I said it was deliciously cheesy. I think the tomato is quite subtle and Alyssa would probably have liked a bit more of it but as a whole we were so pleased to see these back. They’re currently available in Asda stores everywhere and last time I looked (because I had to go buy some more obviously… and the Funghi!!) they were on offer too – BONUS! 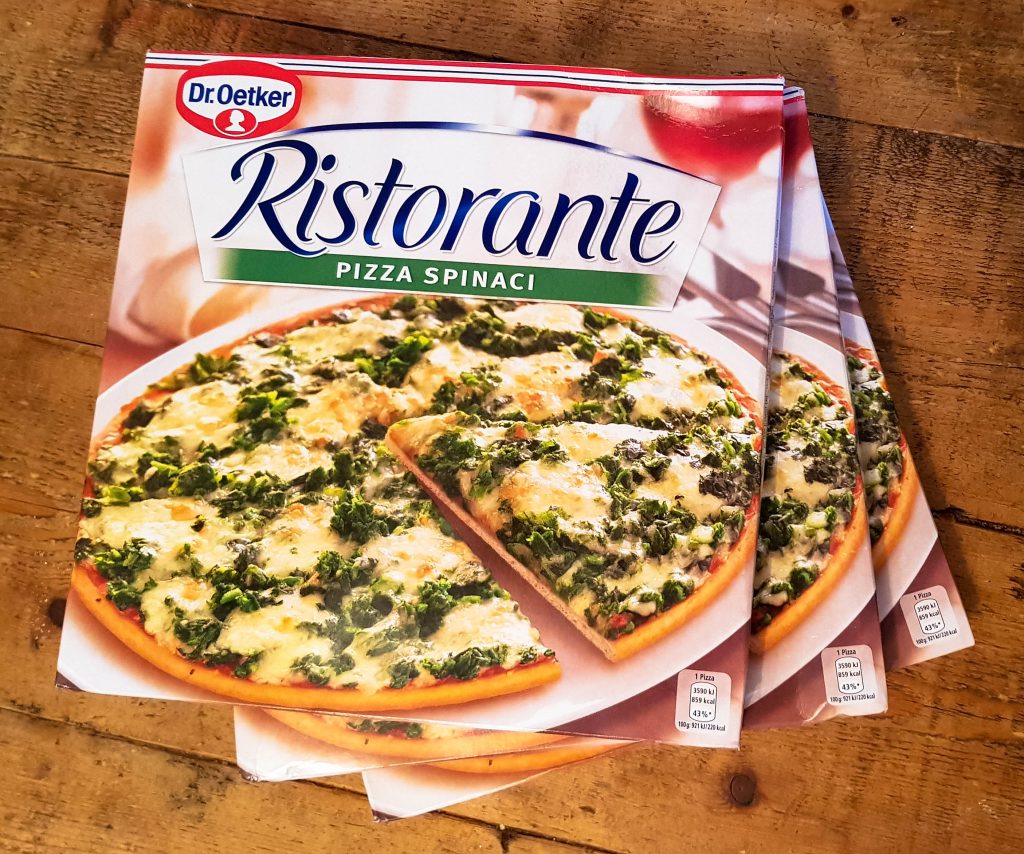 Thanks so much to Dr. Oetker Ristorante for being a brand who listens to its customers and valuing our opinion. We asked for the Spinaci back and we’ve finally got it back and I for one couldn’t be happier. Pizza party at mine anyone?! 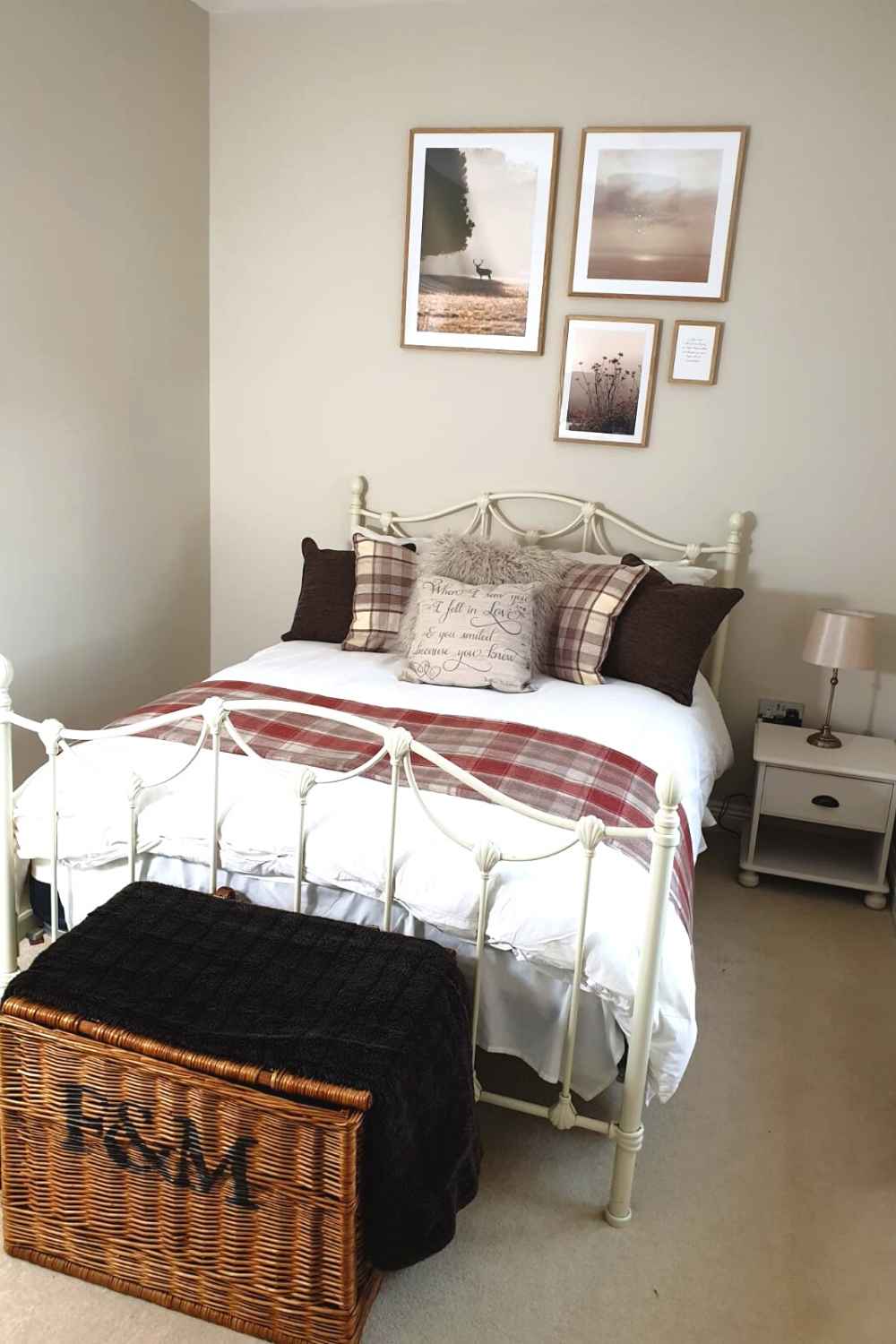 Finishing a Room with Desenio