*Ad Gifted. All opinions are my own

We’ve always been a family who love board games – from round the table on Boxing day to family games nights throughout the year which results in weeks of glorying over the losers and remembering the fun we had. When we were asked if we would like to review some family games with Spinmaster – we of course jumped at the chance. We received three games. Grouch Couch, Hedbanz and Beat the parents. All suitable to play as a family or from groups of 2+ people. Alyssa is really getting into board games now and these were great to add to our collection! 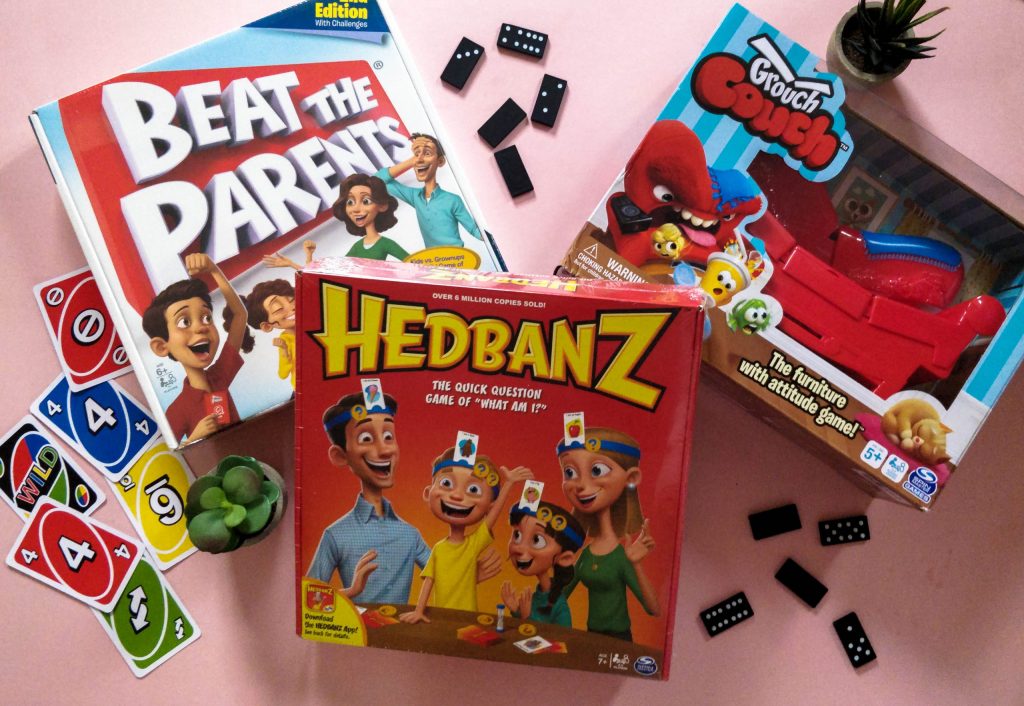 It’s a really easy game to set up, simply load up the tokens into the couch. Then roll the dice, load up the couch with how many items as indicated on the dice and press the remote – it’s on the arm of the couch! Watch as the Grouch Couch “eats” the items dropped on it, and see if it spits any tokens out. Each of the tokens are printed with different items you may lose down your couch – Some are so funny. This was by far Alyssa’s favourite game and had her laughing the whole time! 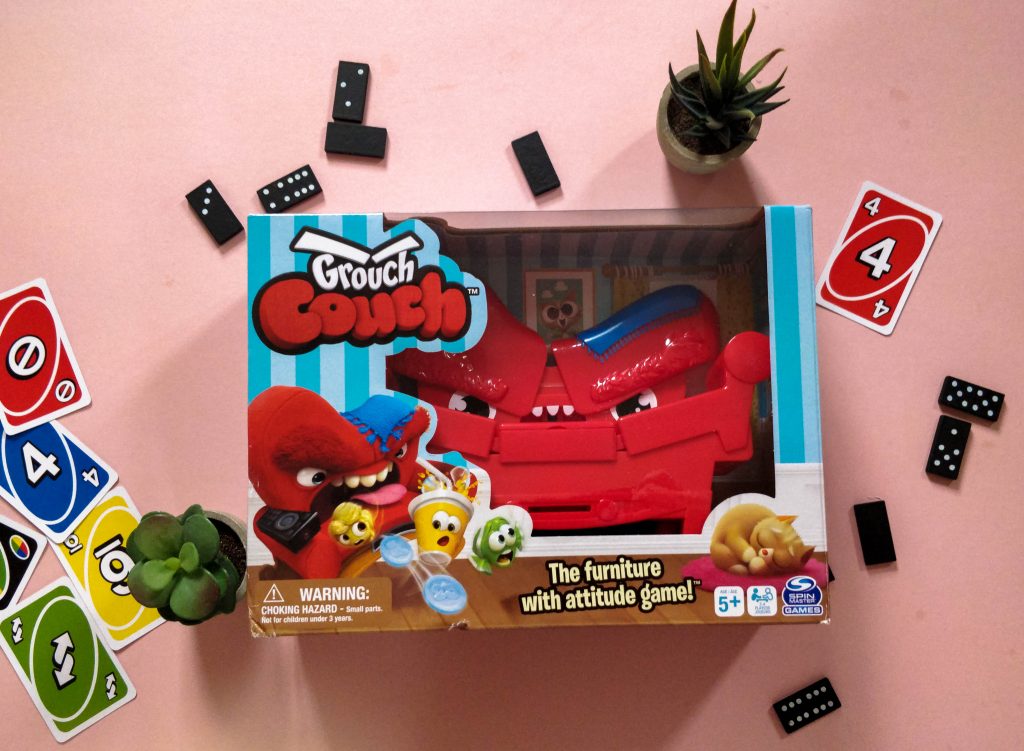 Can you beat the parents?

“Go head-to-head in a battle of household supremacy with Beat the Parents, the fun-filled family trivia game! Prove who’s really the boss in this game of smarts and skills. Parents will have to answer questions about kids’ stuff, and kids answer questions parents should know. As teams answer trivia and move across the game board, they’ll encounter wacky challenges they need to complete.”

First, you need to split into teams of parents vs. children (2+ players). Each team then needs to move their character across the board by answering questions. Questions are at different difficulty levels so kids have their own questions & adults have different ones. There are also 50 challenge cards mixed in with the questions, for example, you may end up in a staring contest!

The first team to get their character to the other end of the game board wins! We actually played this with us adults being the kids and it was hilarious. We did also play with Alyssa and helped her a long but she will need to be a little older and have a partner in crime to really enjoy it – maybe we could grab my nephew! 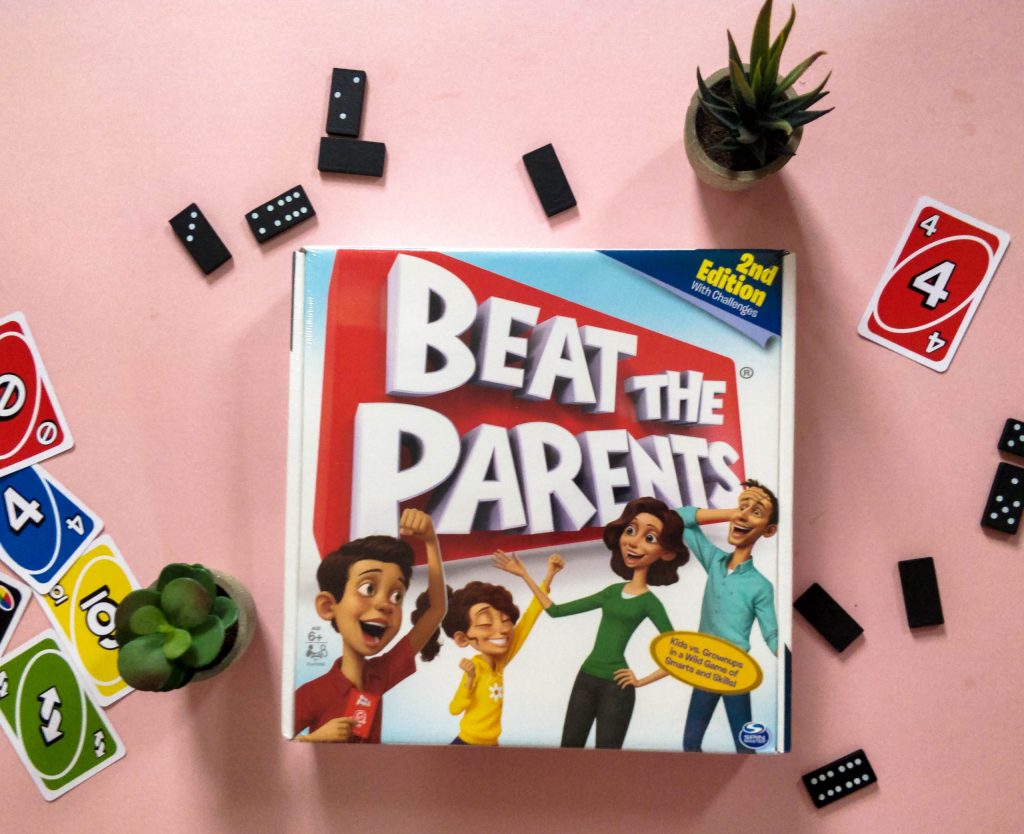 Headbanz comes with six headbands which can be adjusted to fit both kids and adults, 69 picture cards, 3 sample question cards, 24 scoring chips and a timer.

The game is simple to play, you each take a card (without looking) and place it in the slot in your headband, so everyone apart from can see your card. The player going first then asks questions about their card with the other players only being able to answer with a ‘yes’ or ‘no’ until the timer runs out.

If you guess the picture on your card before the timer runs out you get a yellow clip token to attach to your band with the winner being the first to get to three tokens.

The cards are split into three categories of food, animals and objects with the sample question giving the players ideas of what questions to start with.

The cards are mixed with both easy and harder pictures so that it wasn’t too easy for me and my husband or too hard for the kids that they got bored. We have had a copy of Headbanz in my house for as long as I remember and I was so pleased to get the new version to play with Alyssa. She thought some of the things were hilarious and got better and better at finding out what she was! 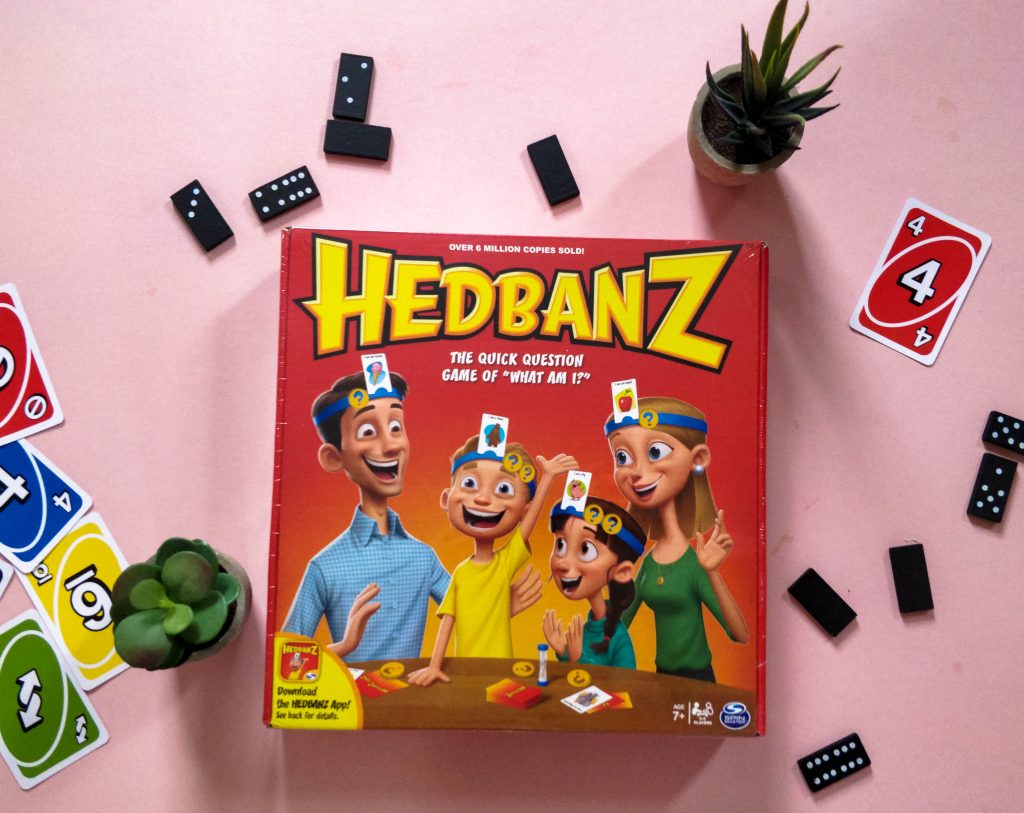 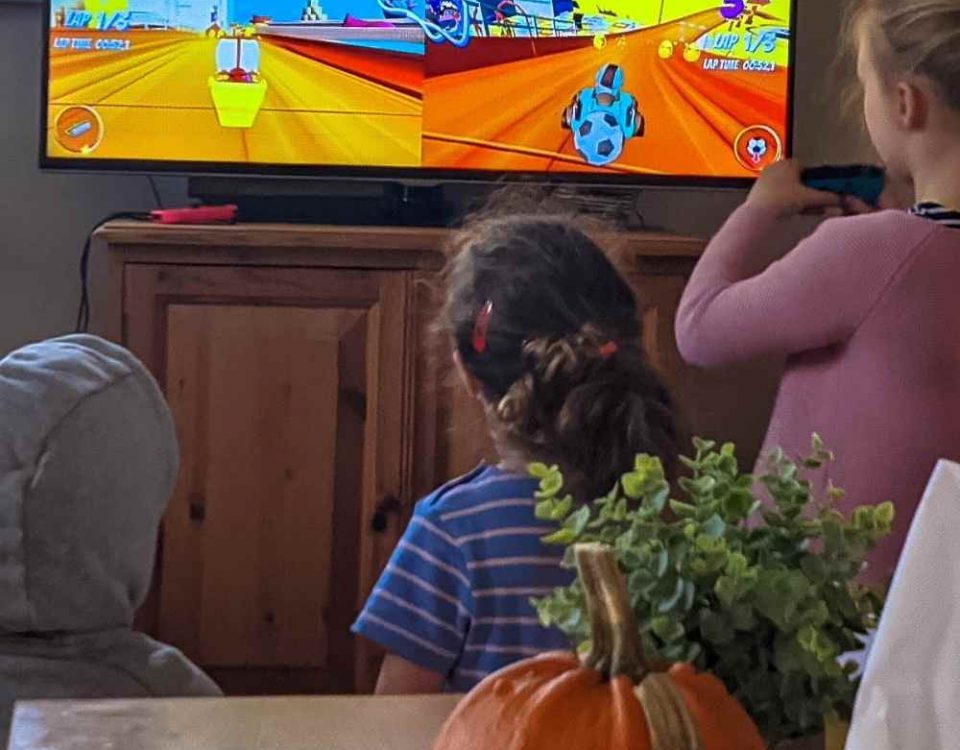