Free Toddler Activities in the South 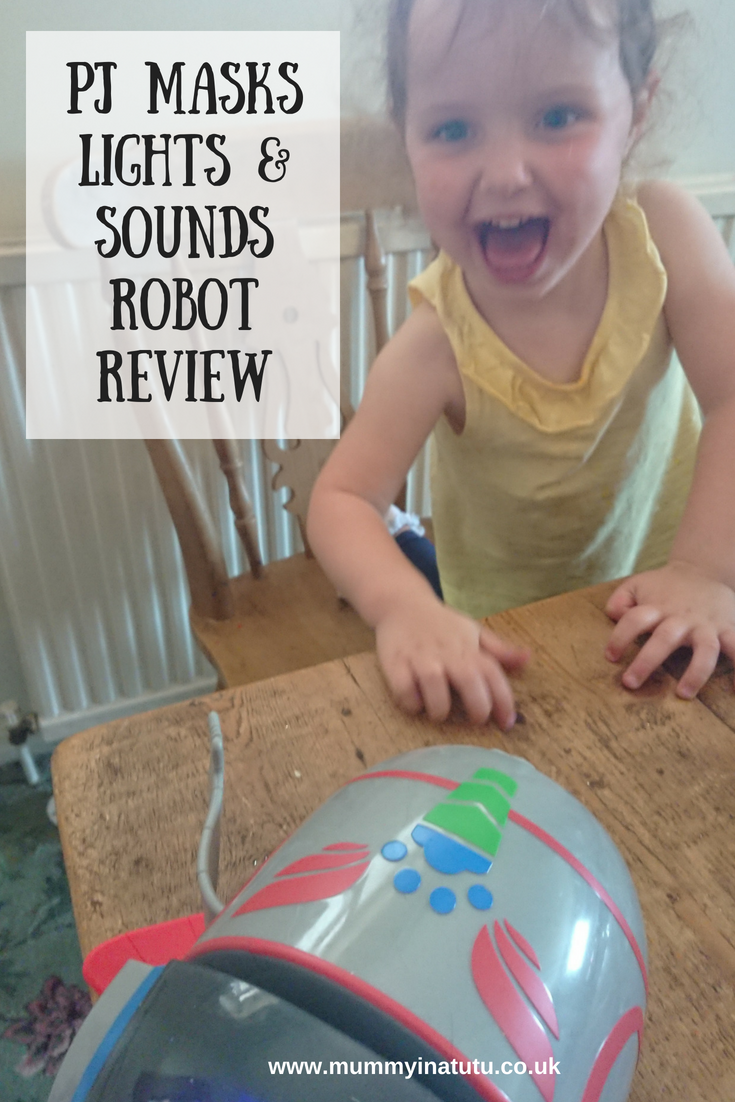 Alyssa has been a huge fan of the PJ Masks for sometime and when the episodes became available on Netflix her interest only grew. She’s lucky to have a lot of toys from the popular TV series including Romeo’s Lab and The Character Figurines and Racers which we’ve reviewed previously. So, she was really excited when we were asked to review the new PJ Masks Lights and Sounds robot…. 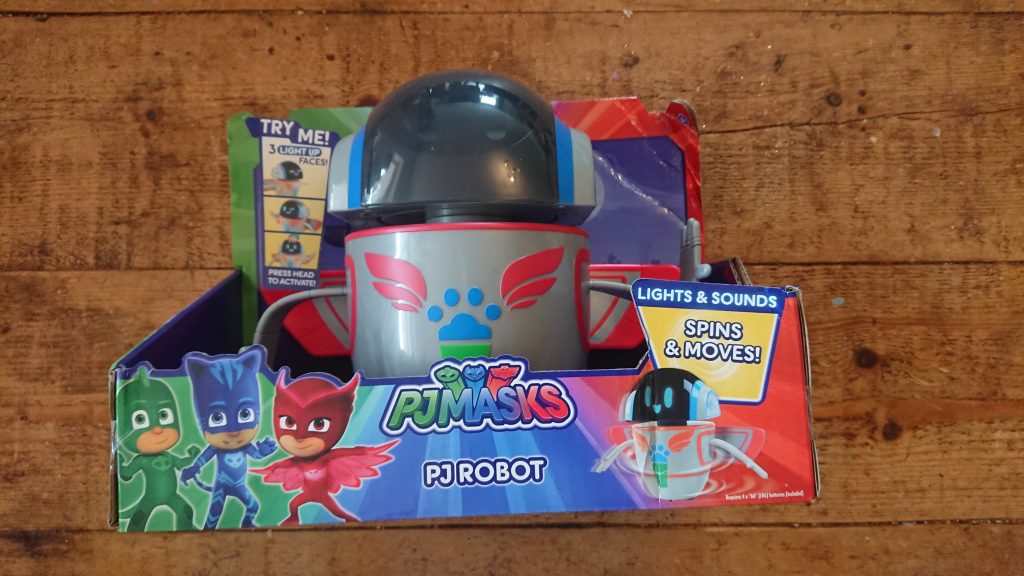 A very simple toy, the PJ Masks Lights and Sounds Robot is operated by pressing down on his head. Probably best to do this on a smooth surface as he can spin around and whizz along the floor too. This also activates the lights and sounds too so Alyssa happily went chasing after him. 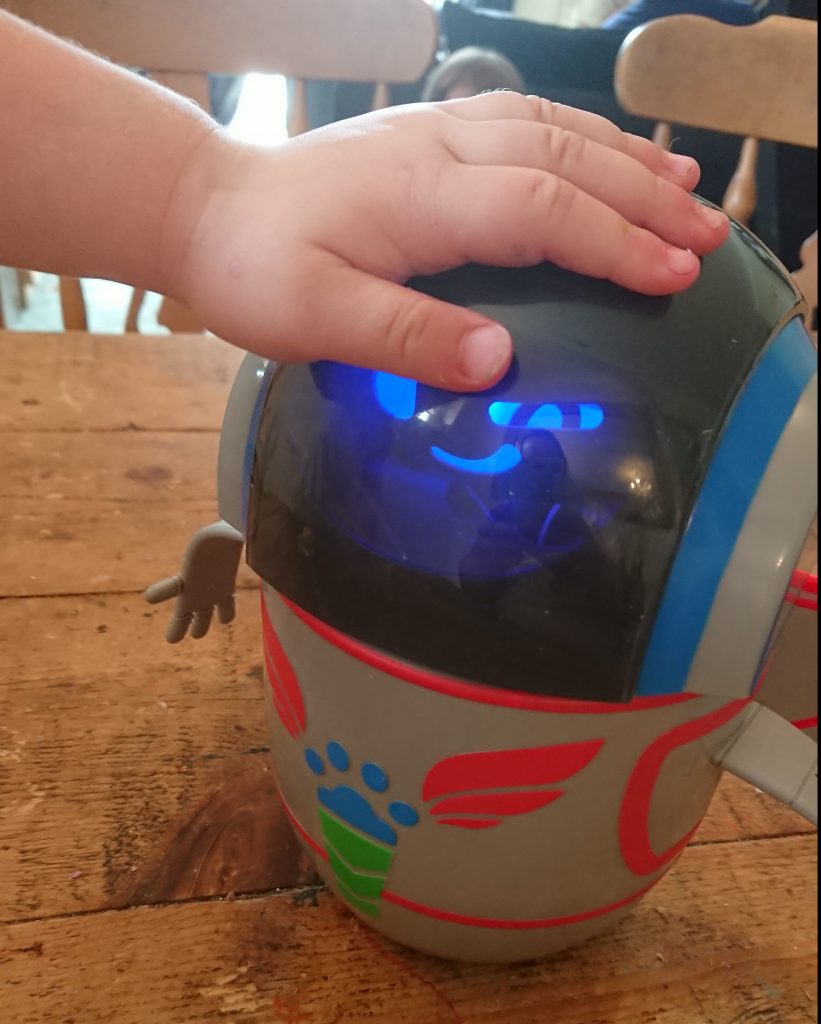 The robot’s face is made up of 3 different facial expressions in different coloured lights and each time his head is pressed a new expression appears. Along with this, he also makes robot beeps and says a few key phrases as well. 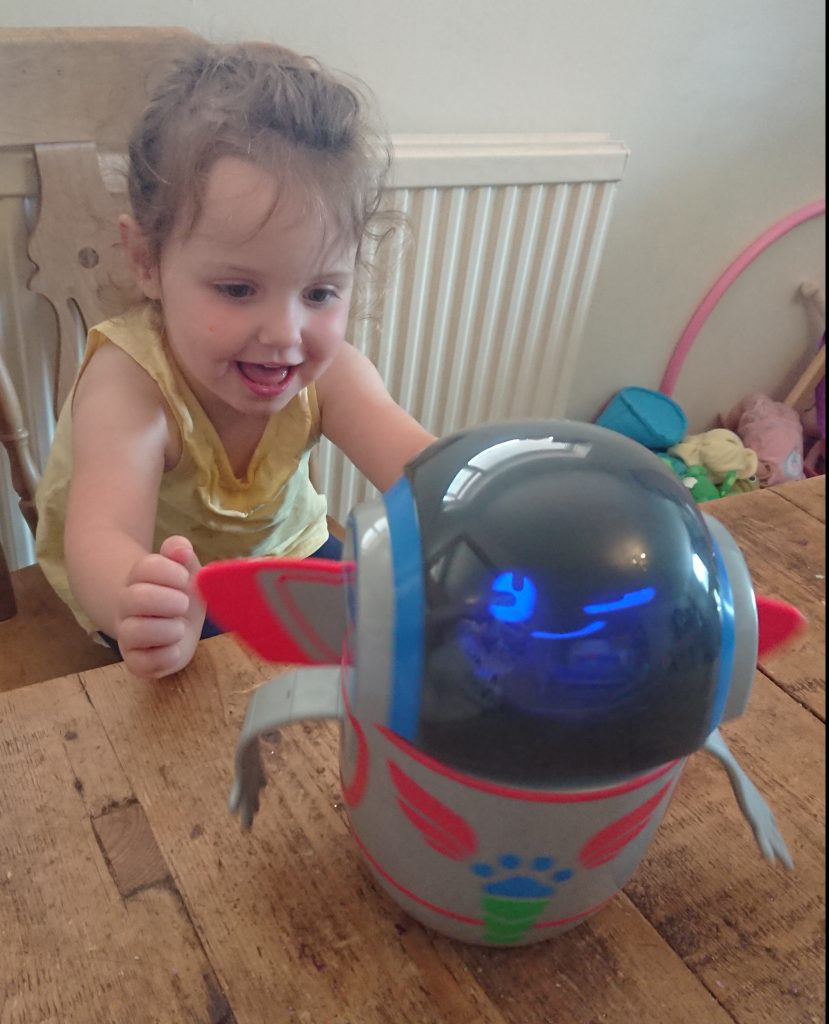 The robot has manipulable arms as well as wings that move. He’s very friendly and made the little ones giggle.

We found he definitely worked better as I said on a smooth surface rather than carpet. He requires 4 AA batteries which thankfully came included and you’ll be pleased to know he does have an off switch too. 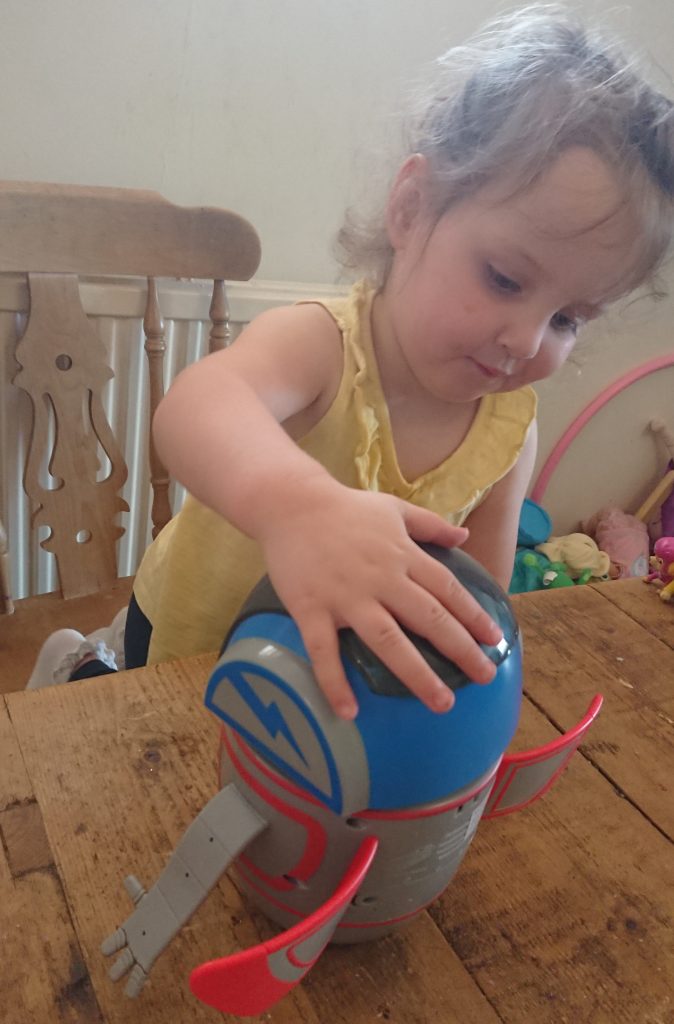 I was personally a little confused as I kind of expected it to be like Romeo’s robot as I don’t think this one appears at all and the only thing that makes him Pj Masks is that he had the 3 superheroes symbols on him a bit like the totem pole that is there base. 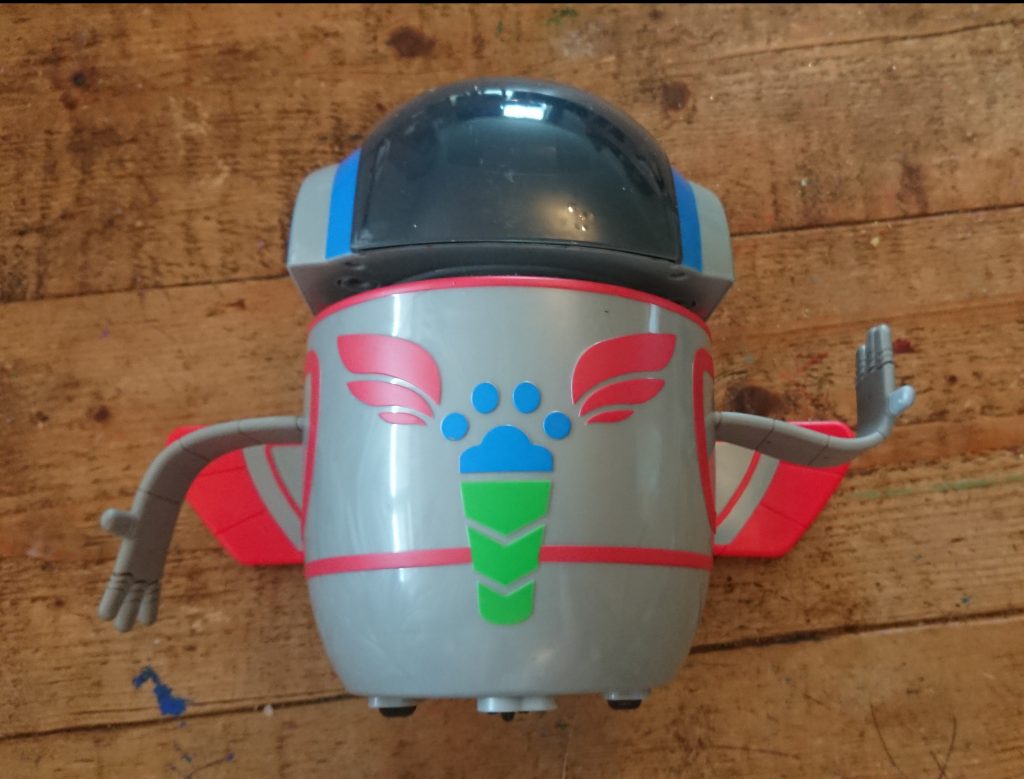 It is a nice toy with an rrp of £29.99. However, I’d say its a younger child’s toy. I think it would be good for 18m+ in my opinion as it doesn’t do a whole lot and seems like that kind of age range. However, Alyssa likes it and does and will play with it but as a 3 year old I’d say it doesn’t keep her attention long.

You can shop for a PJ Masks Lights and Sounds Robot here. 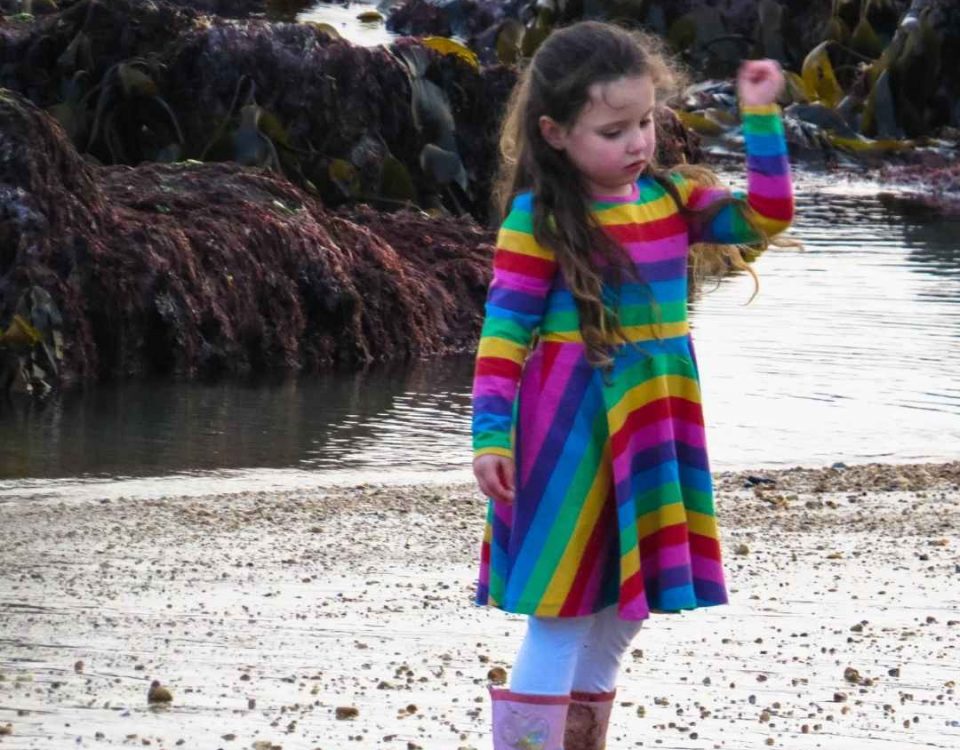