Are We Getting A Little Bit Precious?

Weymouth SeaLife Park – A Review & Welcome to the Fairy Penguins 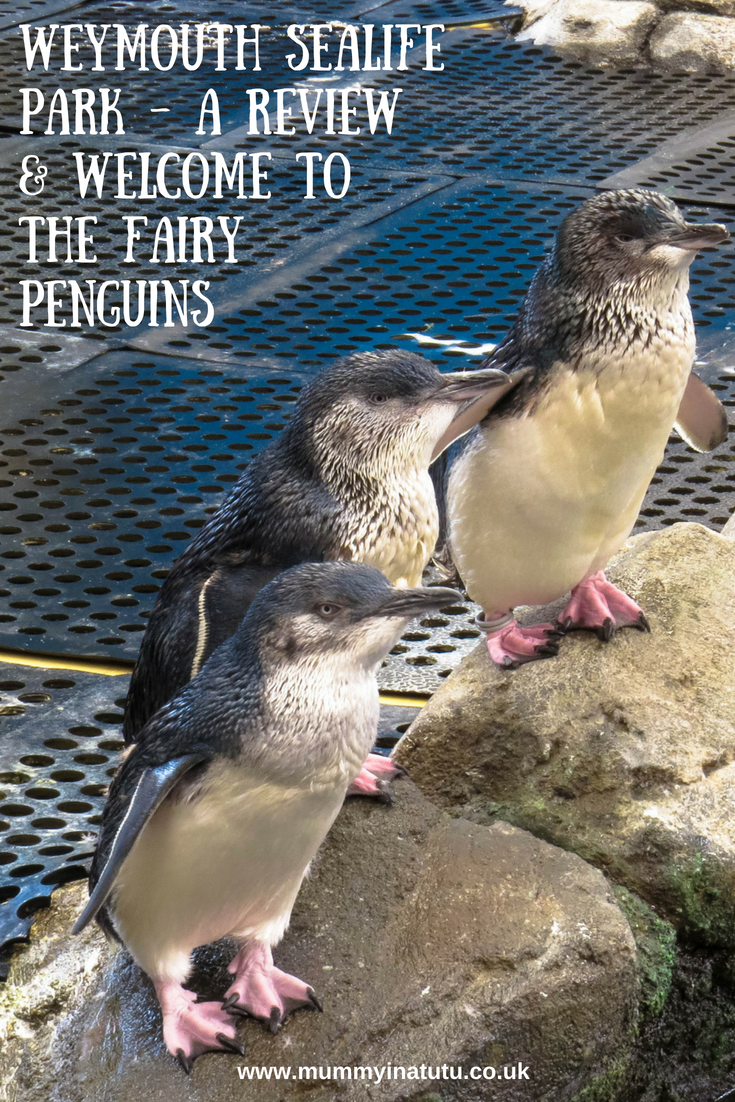 As I’ve said many times, I think we are really fortunate to live where we do. Living in the heart of Dorset means we get to enjoy the rural countryside and farm land as well as the urban towns full of history like Dorchester. We’re also less than an hour from the beach and have forests full of rivers to go exploring in. There are also so many different parks, country parks, theme parks and locations to head to for a day out and one of the closest to us is Weymouth Sealife Park which is a combination of an amazing aquarium meets play park for children and makes for a great day out in all sorts of weather. Amazingly they have recently welcomed the ONLY colony of Fairy Penguins in Europe to their shores so naturally they invited Alyssa and I (who of course do believe in fairies) down to meet them… 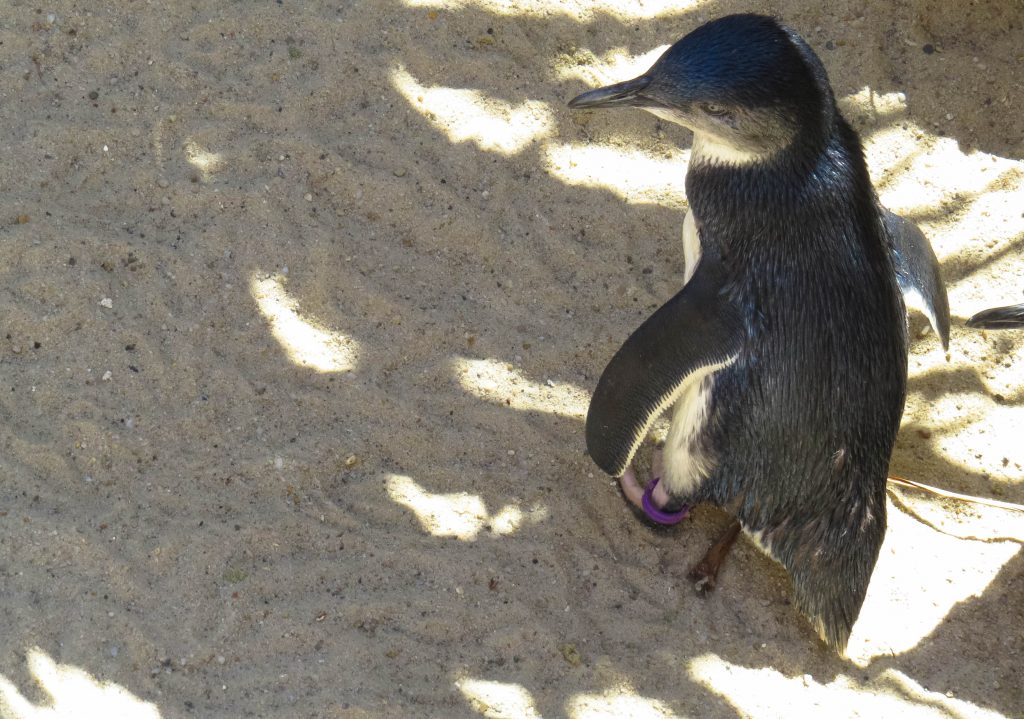 One of the things we love about Weymouth SeaLife Park is that some things will change throughout the year and seasons but others will stay the same so we know we can expect a good day out. Alyssa and I took Uncle Ollie, Aunty Vicky and Lily with us this time as they had never been before. 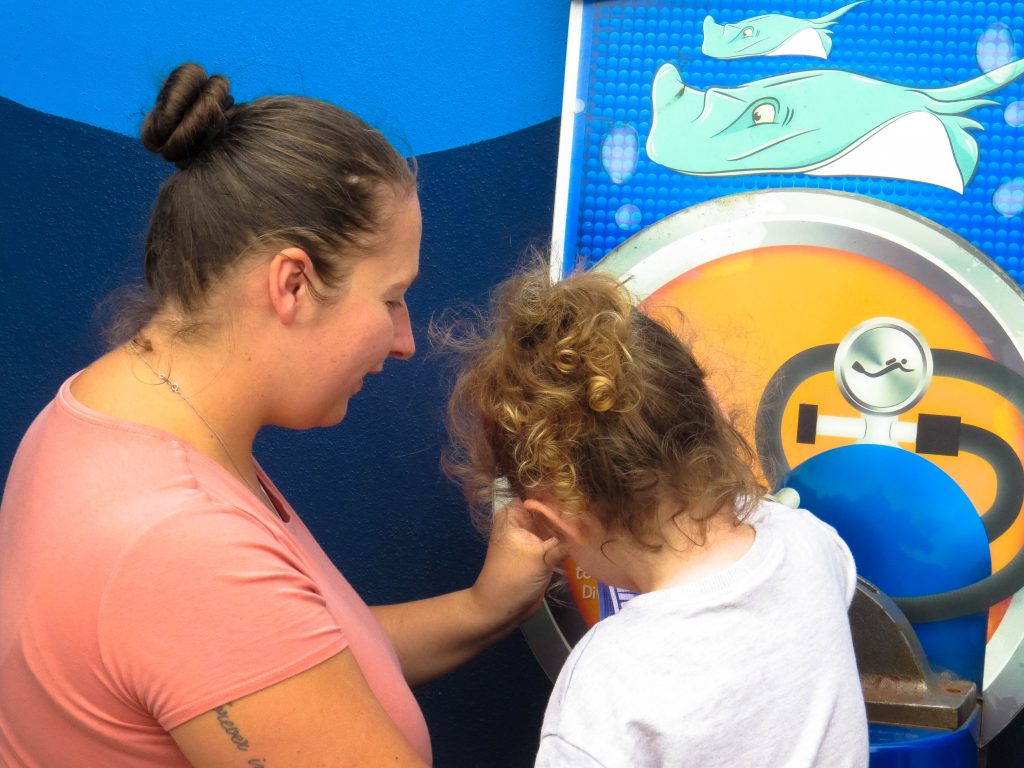 At reception, once you have your tickets, you also get a little passport for the kids so that at each area around the park, you’re able to stamp your passport to show that you’ve been there. If you collect them all, you can actually show a staff member at the gift shop when you leave and you get a free gift, so it’s worth doing! 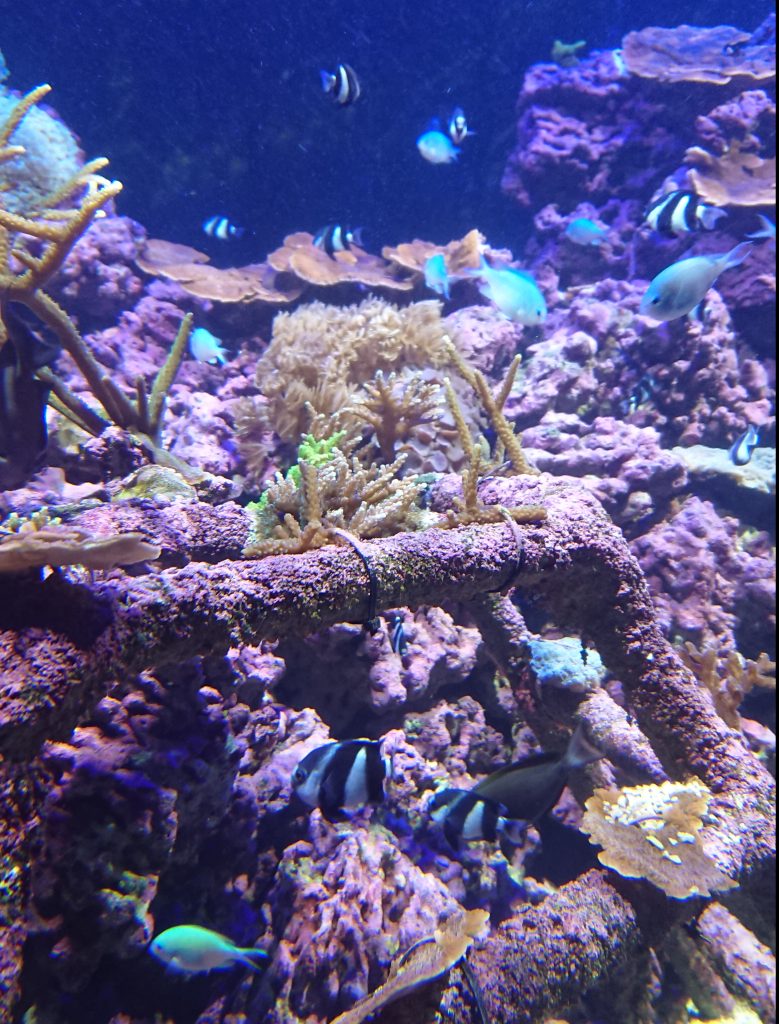 We headed round all the different areas, looking at the amazing creatures from the deep. There are so many amazing creatures to see from crustaceans to sharks, from turtles to anemones. We even spotted Dory and Nemo though they were in separate tanks so we hope Dory makes it back to him soon! 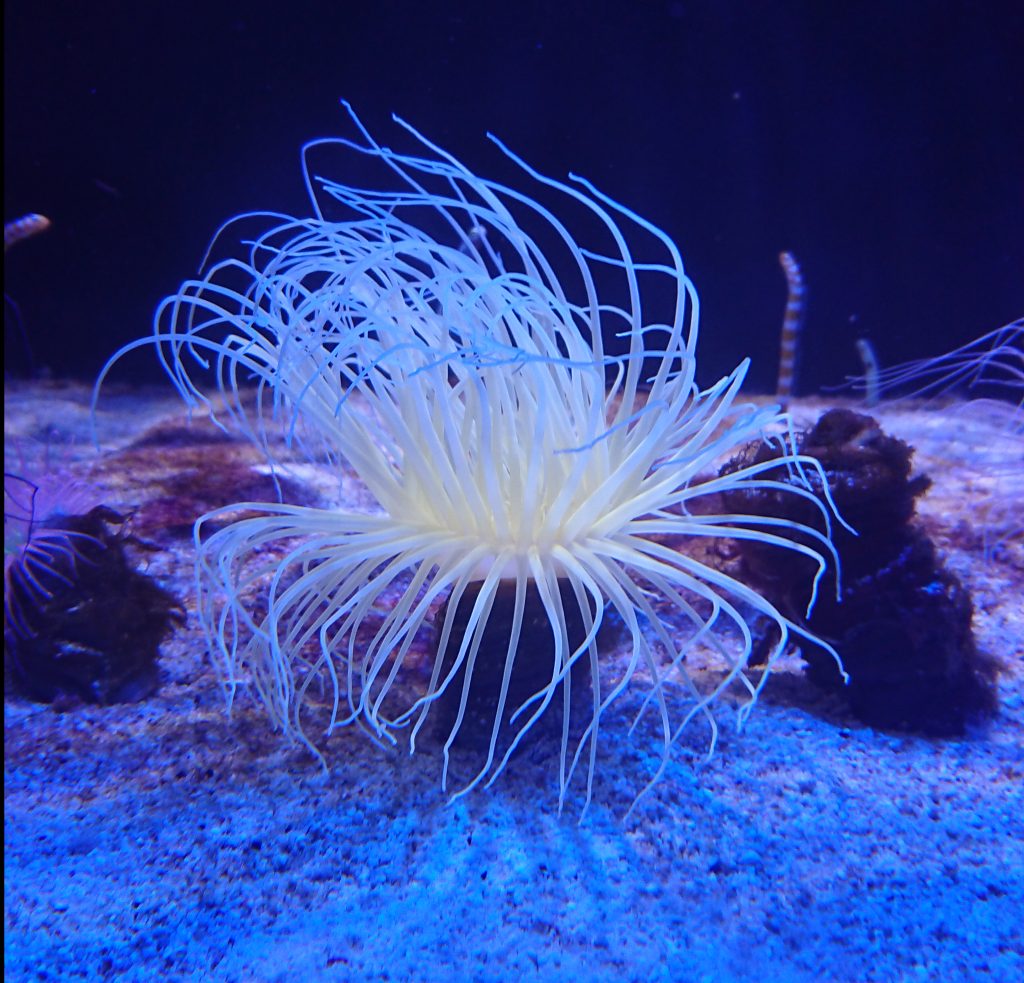 Typically we did go on a cloudy day so it wasn’t quite warm enough to enjoy the splash park, but if you’re heading there in the summer then by all means take your suits as it is well worth it. A brilliant water jets area and then a barrel slide into a little pool. There are lockers for valuables, a refreshments hut as well as changing huts which include a baby change table which I thought was brilliant. 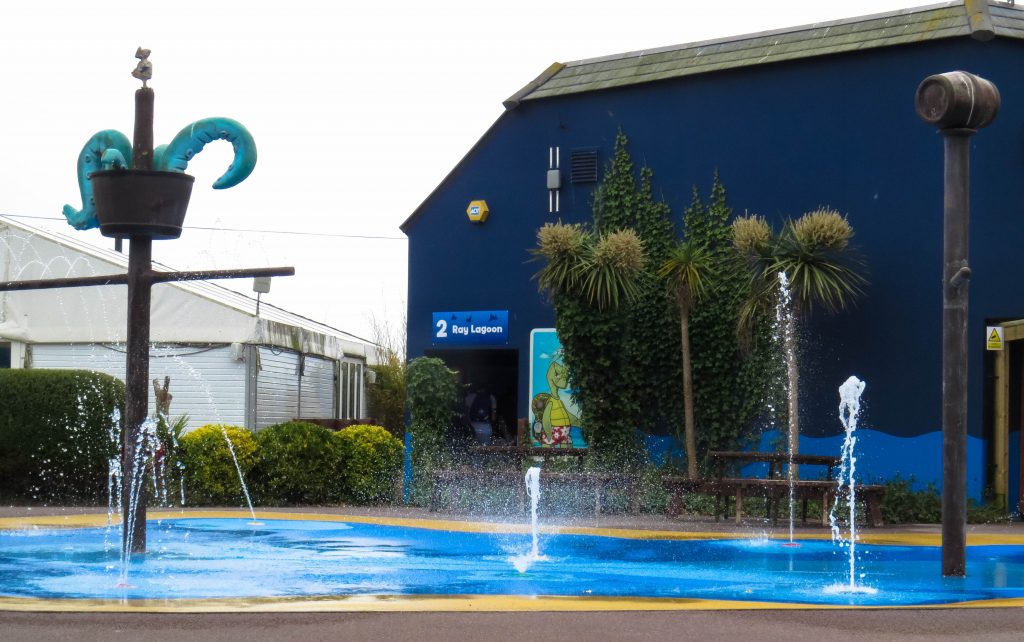 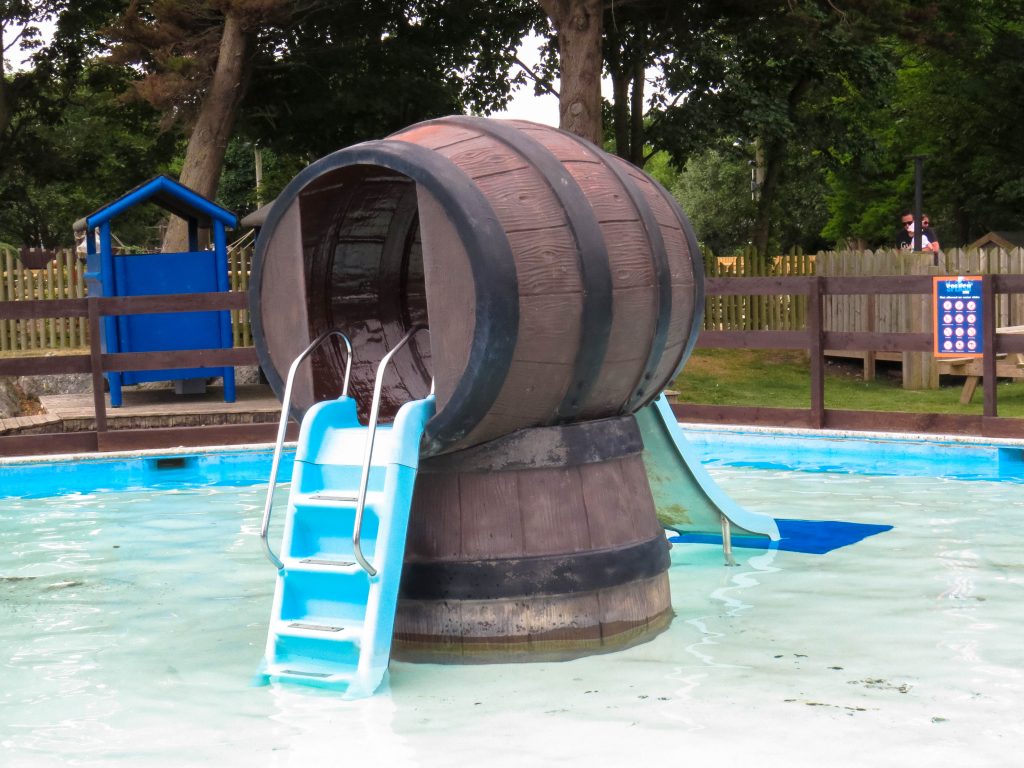 One of our favourite places to visit is the amazing Caribbean Cove Adventure Play Land which we were fortunate to go to the opening of a last year. It’s so fun to watch Alyssa back on it as each time we’ve been she’s been able to do more and more and this time, managed to herself to the top of the highest tower and down the biggest slide! For the little ones, there are smaller areas and also a sandpit too. For us adults, there is a pop-up Costa Coffee which of course is very welcome as well as toilet facilities and old school arcade machines. It is gated so it’s great for little ones to run around free in. 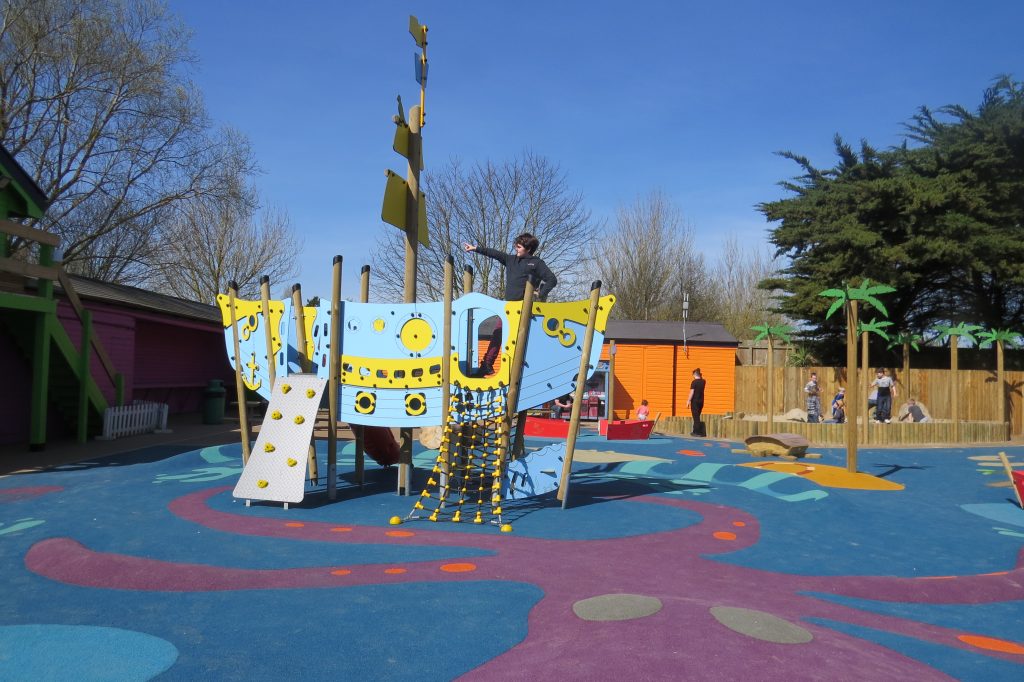 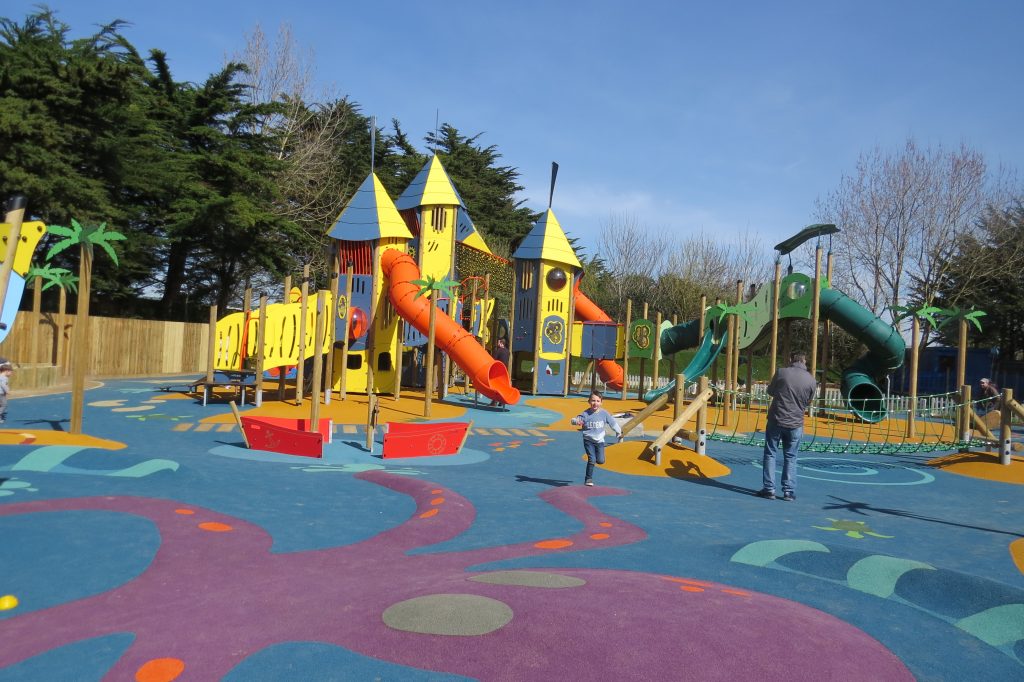 After some refreshments, we picked up where we left off and went to see the outdoor penguins and then through into the turtle building and then to what has to be said was the girls favourite part; The underwater tunnel. With stingrays, sharks and turtles swimming past so close we could almost touch, there were squeals of delight as well as oos and ahhs from the girls who were completely enthralled! 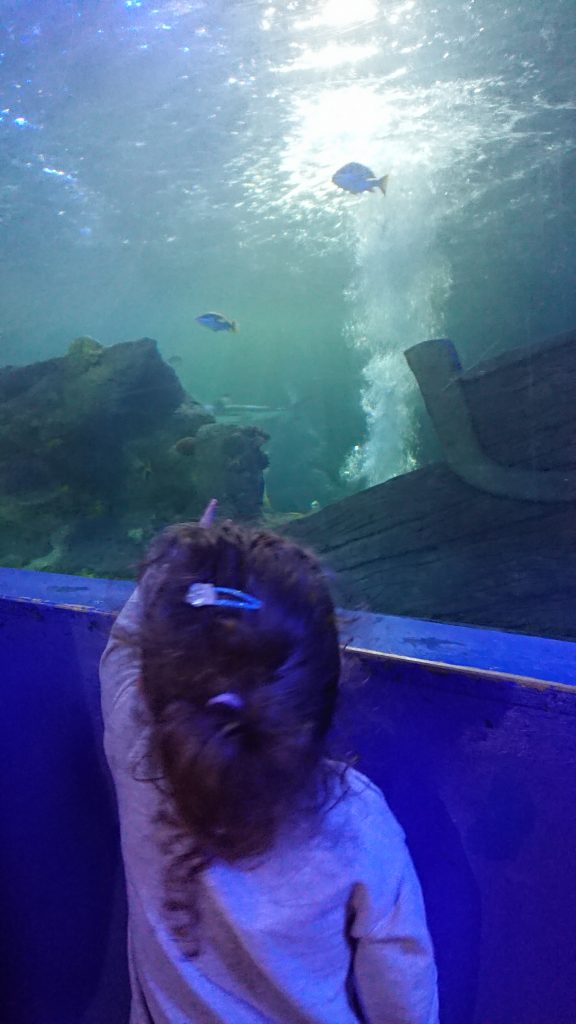 Then it was time to visit the Fairy Penguins, the whole reason we were there.

“A colony of fairy penguins, have moved into a brand new state-of-the-art enclosure at Weymouth SEA LIFE Adventure Park. 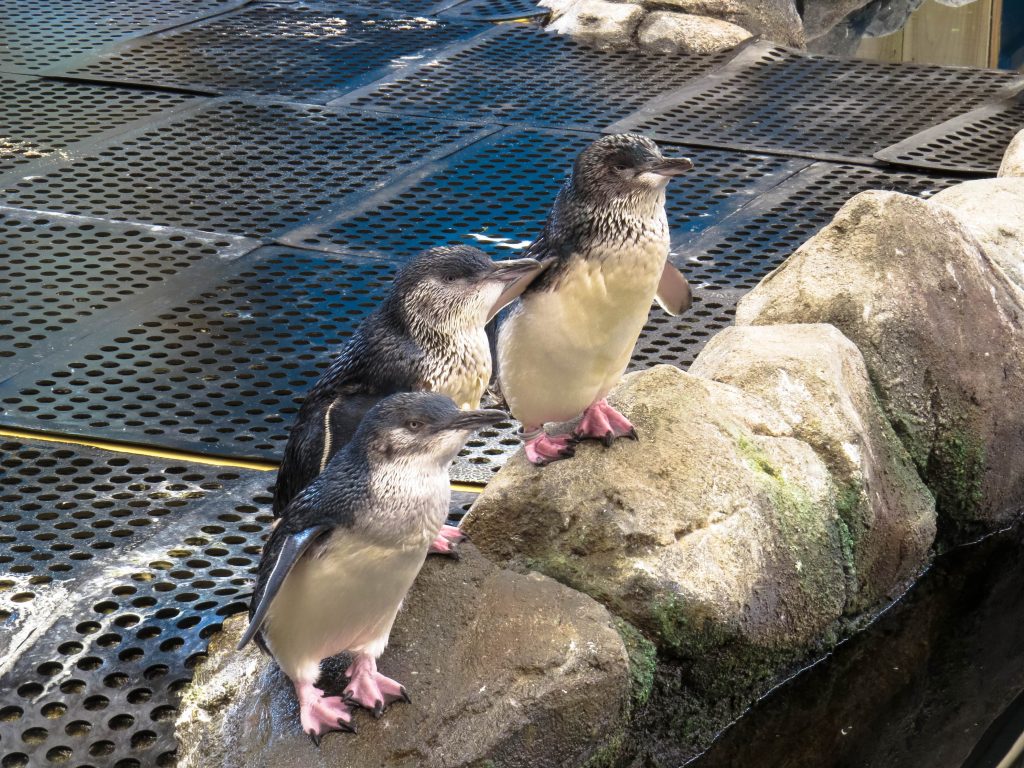 Fairy penguins (also known as little blue penguins) are the world’s smallest penguin measuring just over 25cm tall and they weigh around 1 kg. The penguins are native to New Zealand and Southern Australia, but Weymouth was chosen as their new home due to the seaside town’s average summer and winter temperatures being very similar to those experienced by the penguins in their natural habitat

The park has invested in excess of £100,000 into the new enclosure which will give visitors the opportunity to get closer to the penguins than ever before and interact with them in a whole new way. An American style boardwalk is being built to allow visitors to take a stroll through the enclosure and feel like part of the colony. 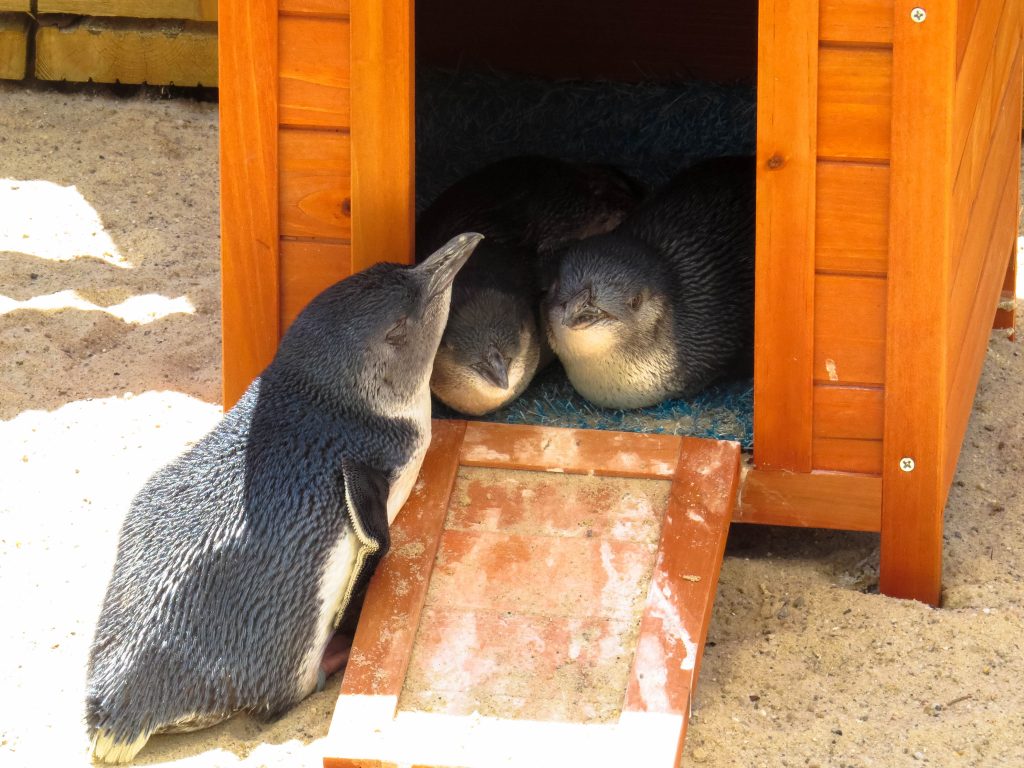 In years to come, Weymouth SEA LIFE plans to establish a breeding programme which will create a sustainable population of fairy penguins in Europe.”

It was amazing to see them in their newly made habitat – watch out the indoors is a bit stinky but only a few of them were in there to say hello so we headed out along the boardwalk where we found several of the penguins dozing under a parasol in one of their huts and a few others playing peek-a-boo by hiding under the bridge. 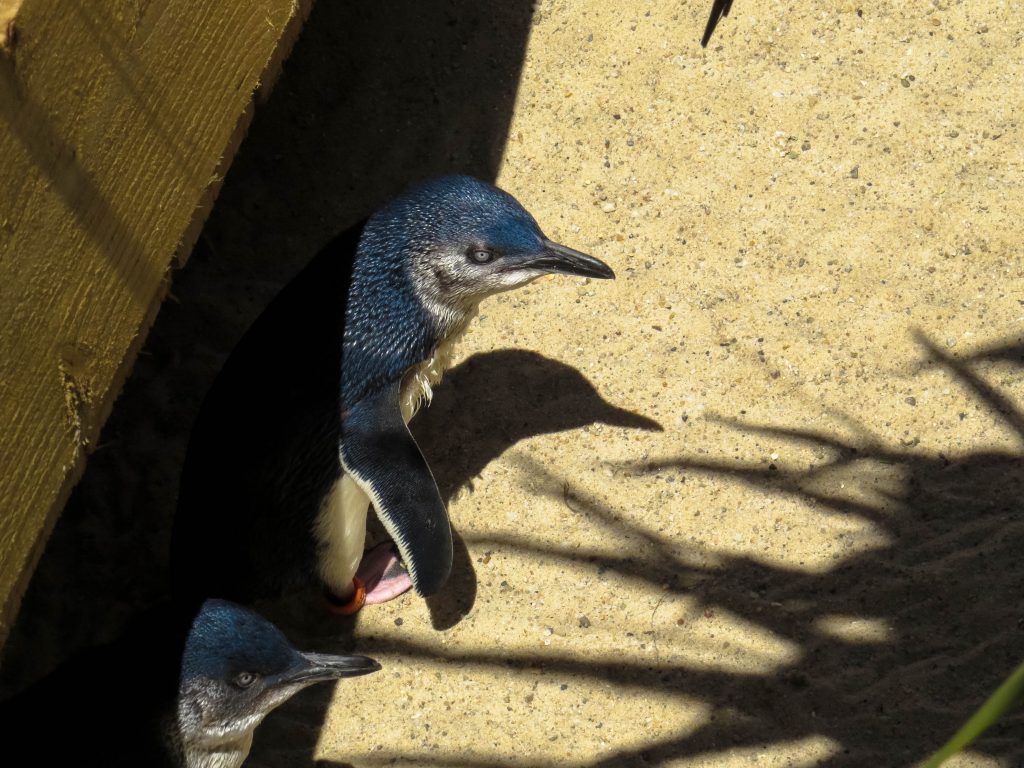 By this point the sun had come out and you could really see how amazingly blue they are which was such a surprise – but they are absolutely adorable and very inquisitive. Well worth a visit! 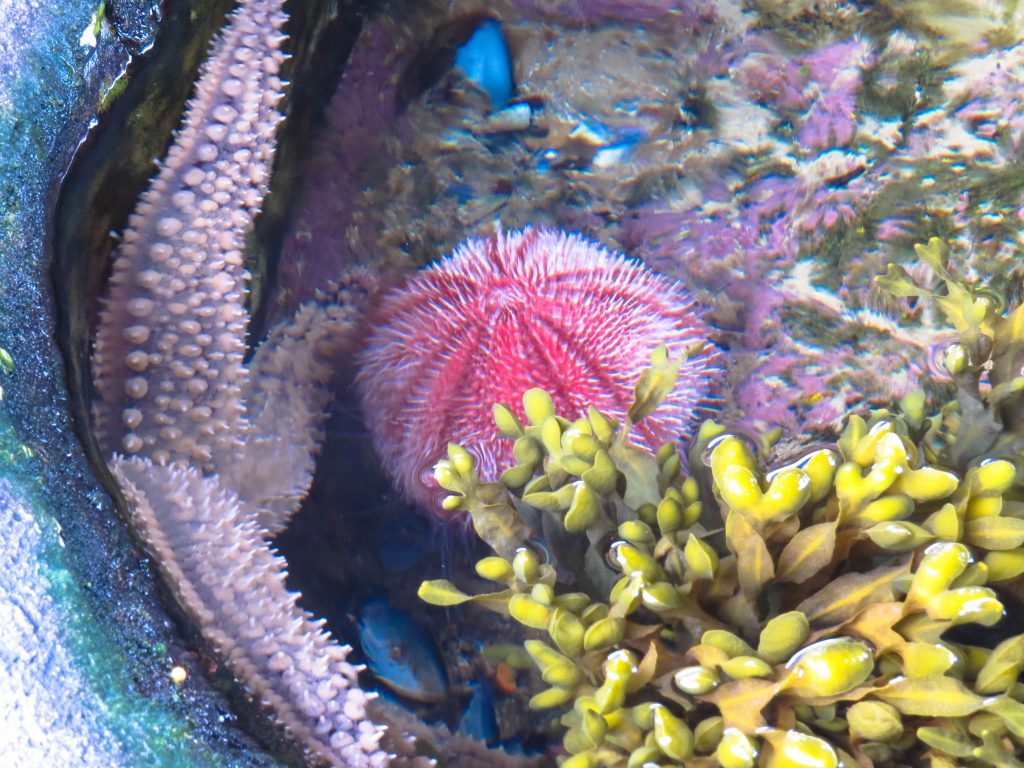 For a day out in Dorset, I totally recommend Weymouth SeaLife Park for all the family. You can touch starfish in the rock pools and learn all about the other creatures. You can climb to the top of Caribbean Cove, splash your way through afternoon sun and walk along a beachy boardwalk with fairy penguins – what’s not to love!

Book your tickets online before you visit for a great discount

*We were given tickets for the purposes of this review. All opinions are my own. 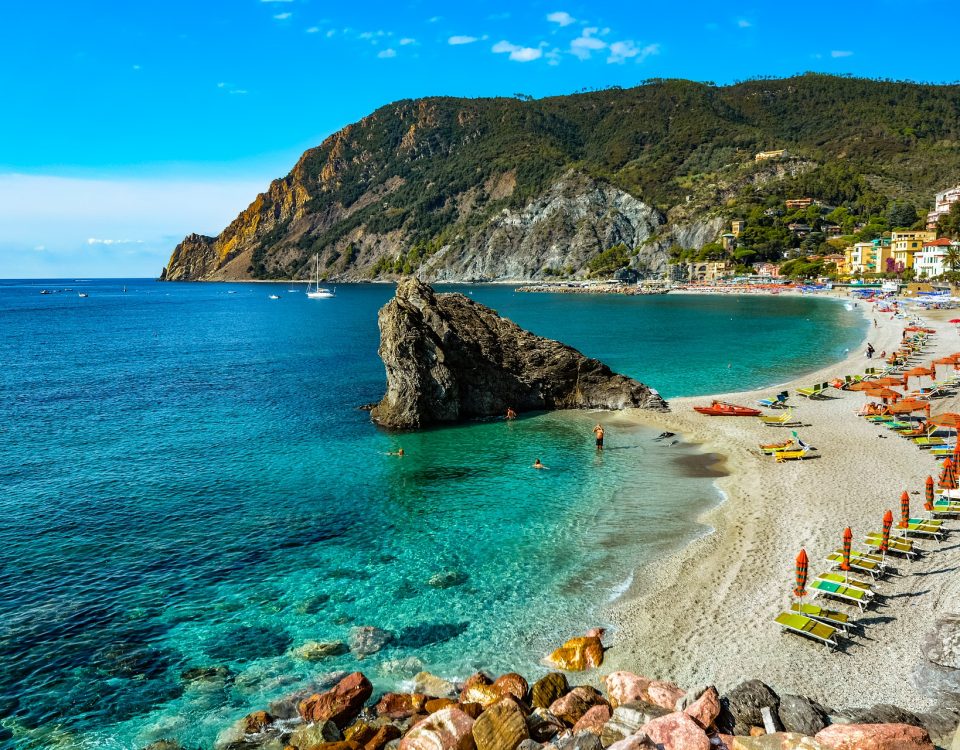