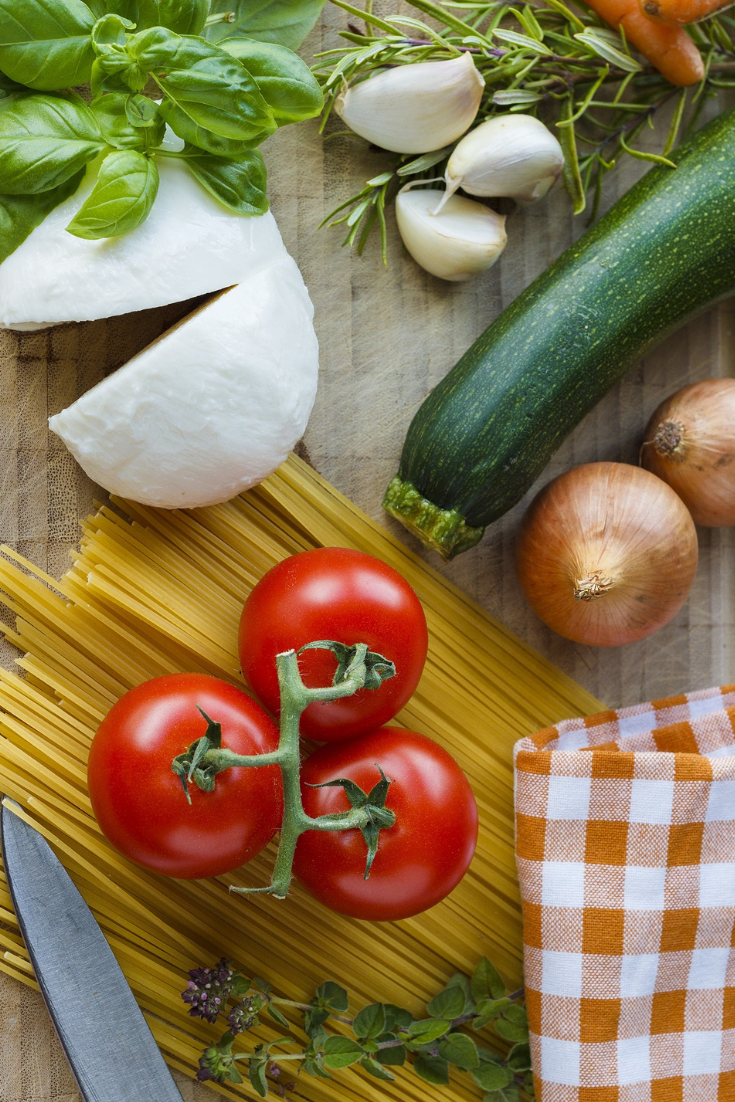 I know we’re in Winter and it’s all about the pies and stews and whacking out the slow cooker but it’s also nice to still have a few lighter dinners because we can always bulk them out with a few carbs if needed, can’t we?! I wasn’t necessarily going to post this recipe, BUT i popped a quick photo on my social media when I had this for dinner the other night, and the vote was unanimous for the recipe and so I thought it would be rude not to oblige. Basically this is my recipe for Tomato, Garlic and Mozzarella Filo tart which is basically like a pastry pizza (epic right?!) what’s even better is that it is really easy to make it as a gluten free or low fodmap meal as well! So here it is for your delight, the easy recipe that’s ready in minutes… 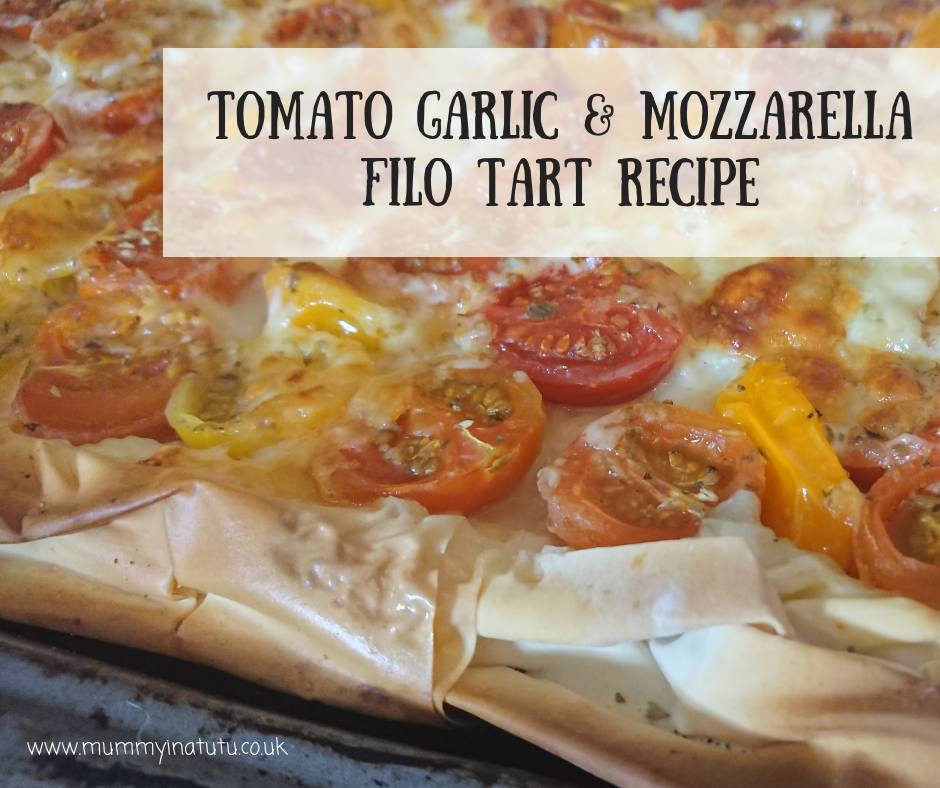 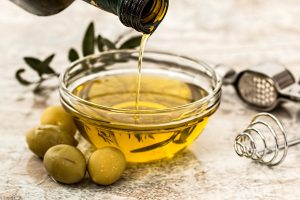 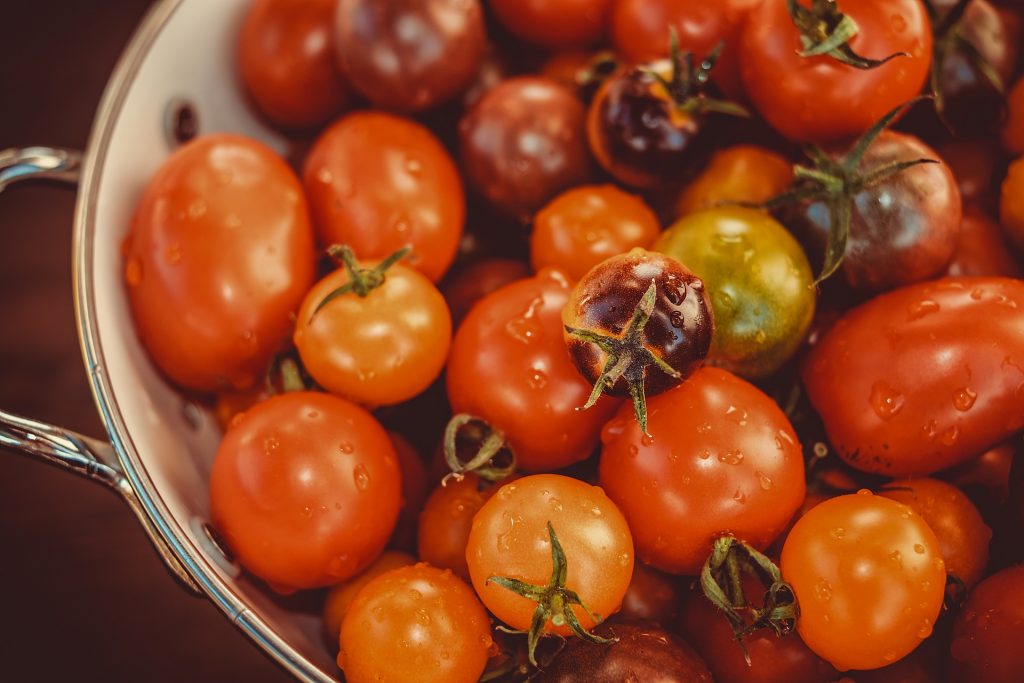 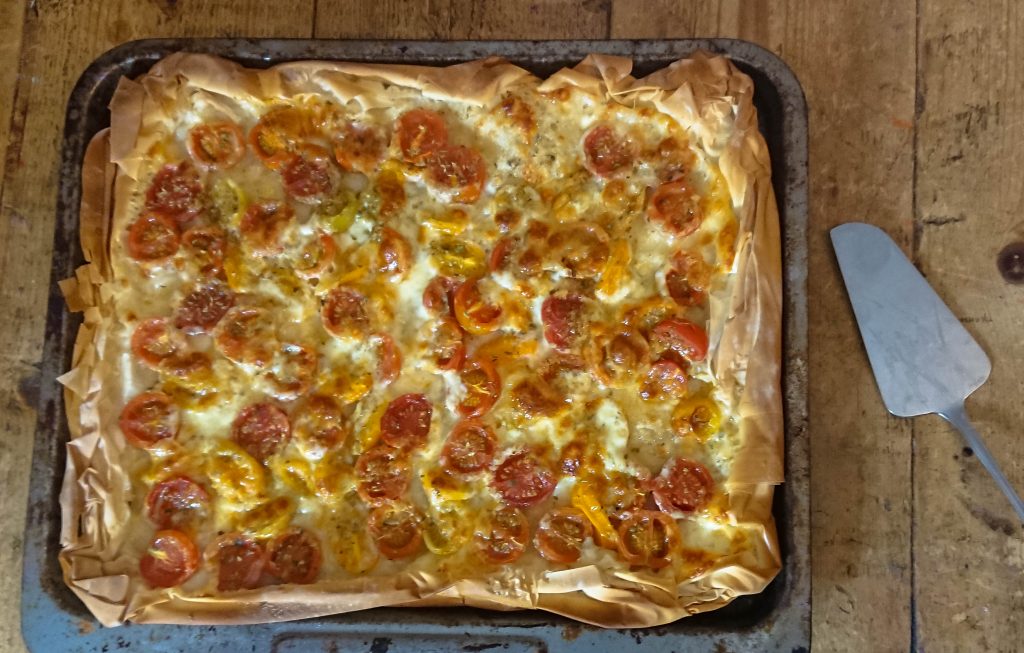 We like to serve this with Dirty Mash ( boil the potatoes then crush them slightly until they pop open and mix with butter salt and pepper) and green beans or you could try it with garlic bread. Whilst this recipe doesn’t freeze, it does keep for up to 48 hours in the fridge for leftovers the next day!

If you liked this recipe why not take a look at my Vegetarian Beef Bourguinon – it’s one not to miss! 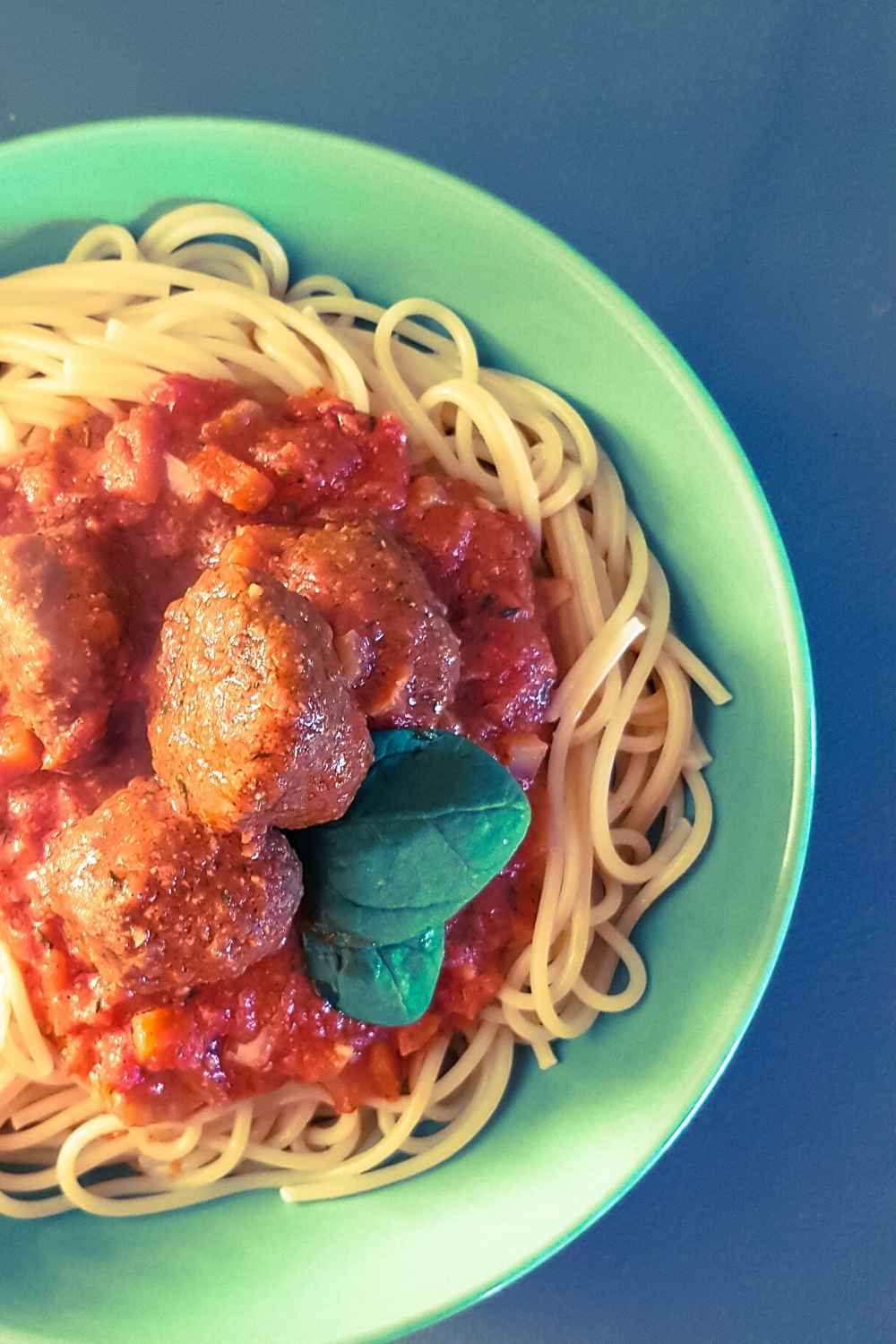