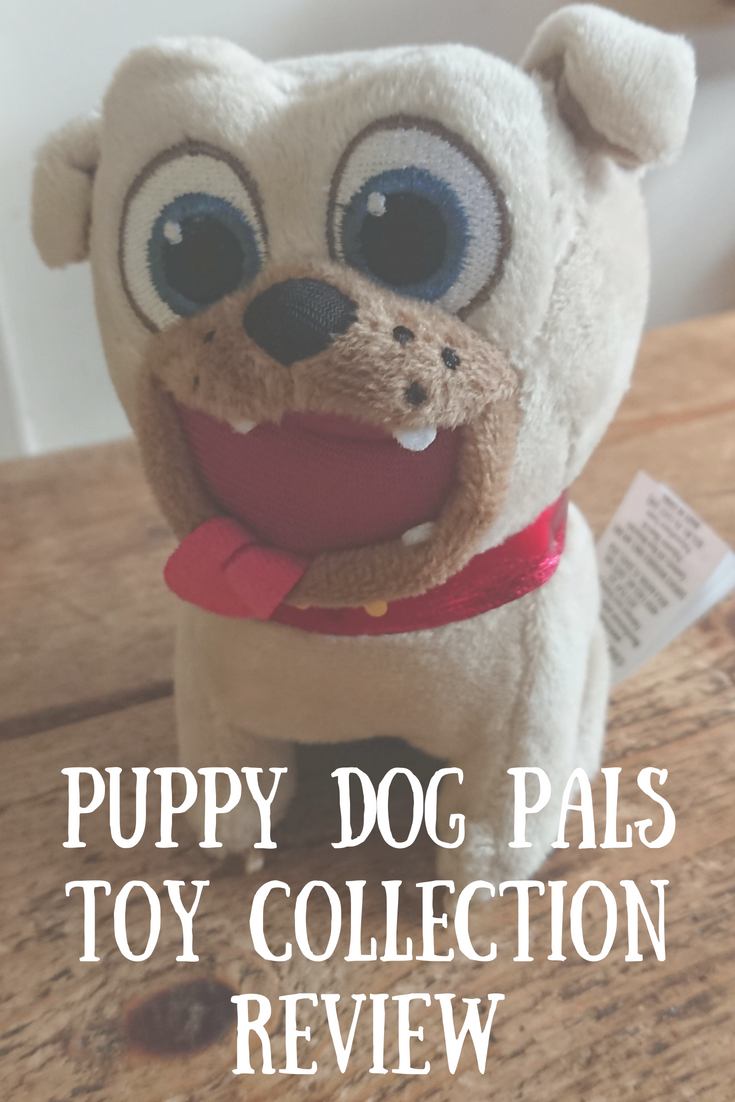 Puppy Dog Pals on Disney Jr is just one of those programs that has kids hooked within minutes of being on and Alyssa is no exception. The theme tune is one that gets stuck in your head all day long and the characters make you laugh and are totally lovable. Therefore when I got offered the opportunity to review the new Puppy Dog Pals Toy Collection I knew I needed to say yes really as there was no doubt I’d be a very popular mummy opening that box!

Puppy Dog Pals is a preschool cartoon and is all about brothers Bingo and Rolly, two pug puppies who have fun travelling around their neighborhood and the world when their owner Bob leaves home. They also have a cat sister figure named Hissy, and a robot dog named Automatic Doggy Robotic Friend or A.R.F. 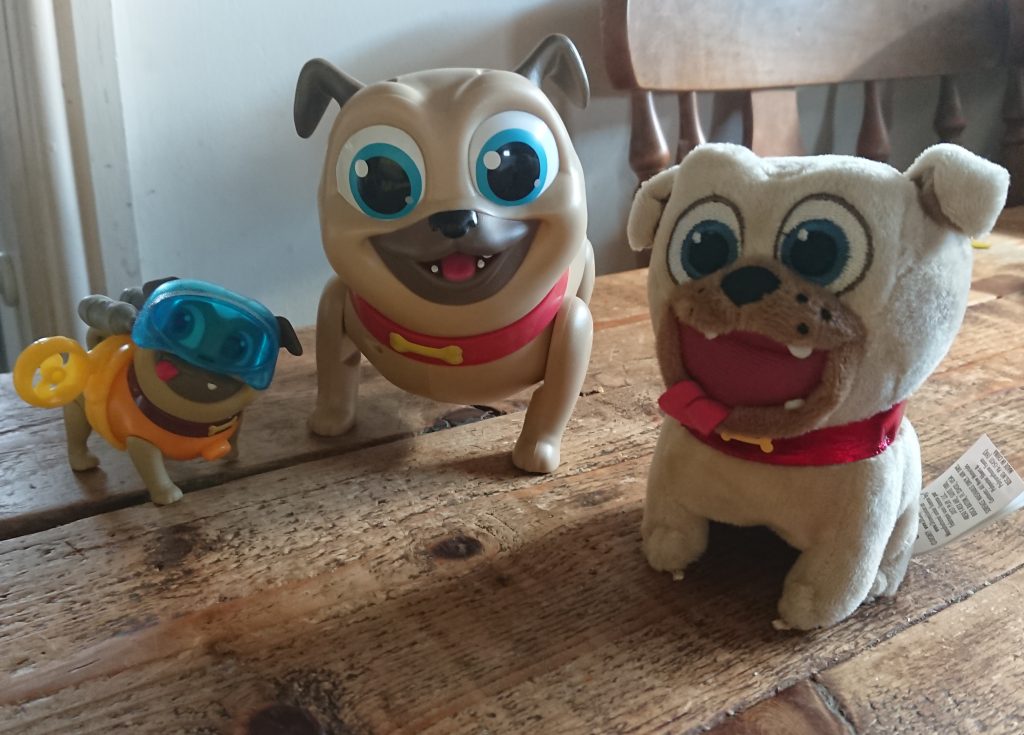 In our box we were excited to receive 3 different versions of Rolly the dog – A soft Pet and Talk, A Scuba Diving Light Up Rolly and A Surprise Action Rolly. 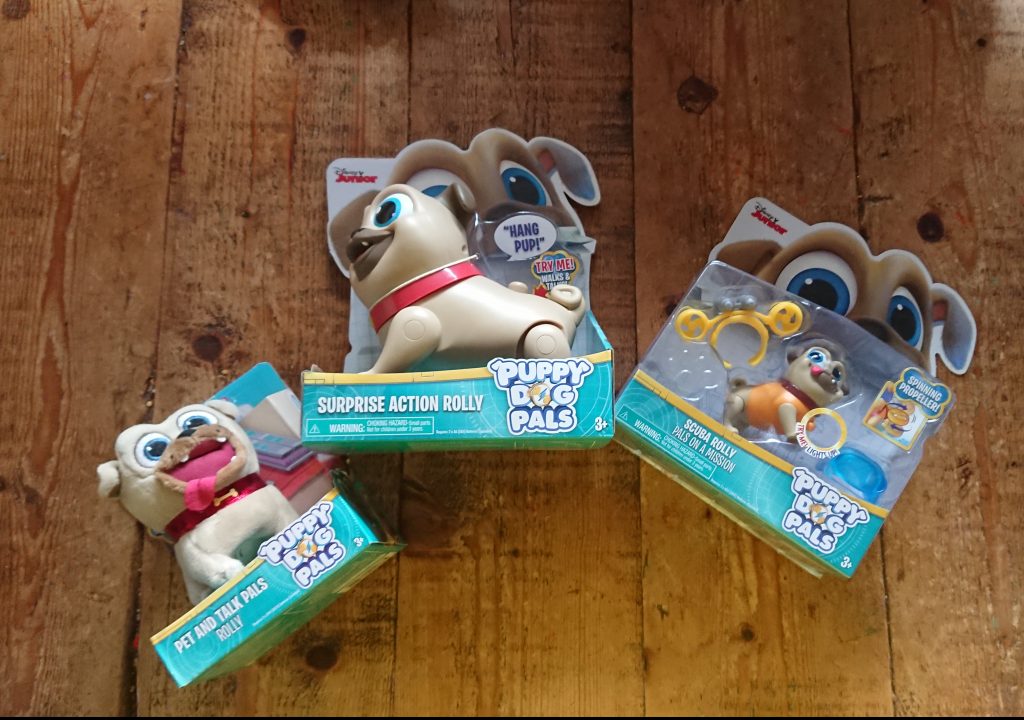 So this is the medium sized figure of Rolly and is the only soft toy. He came out of the box very easily and already came with batteries in him. He’s definitely suitable for cuddling and if you press his back he also makes noise and says phrases. With such a happy face and his tongue hanging out, he is super cute and sits up by himself. RRP £10 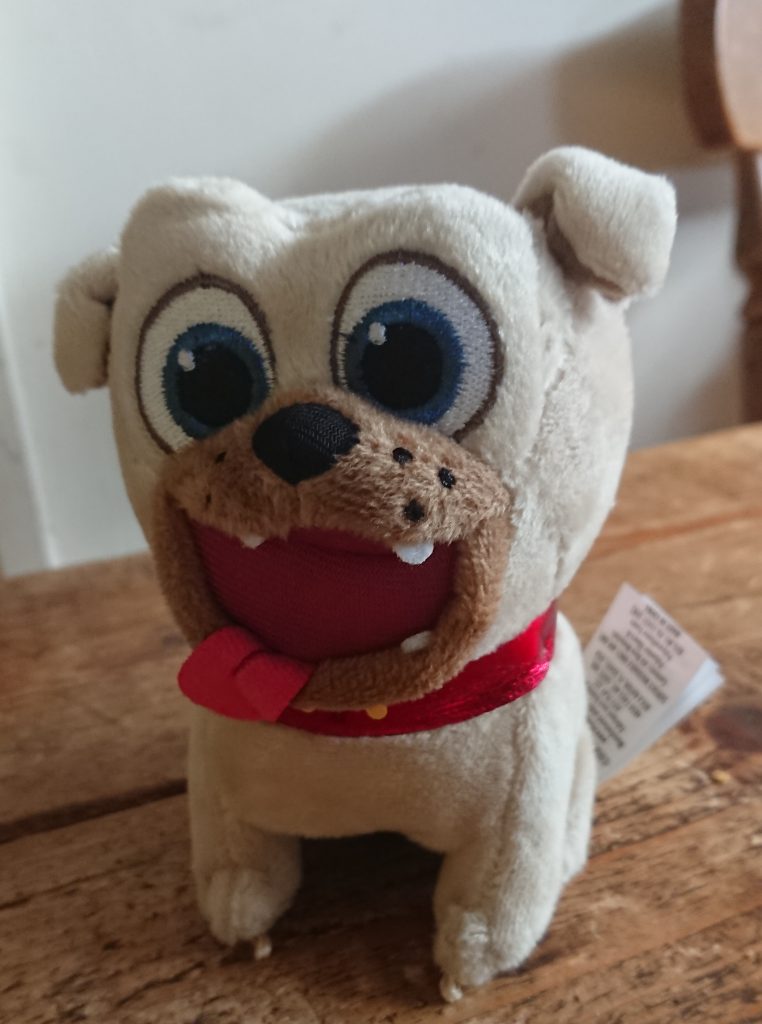 Now Alyssa loves a good figurine which all my followers are well aware of so this little guy was perfect to add to her collection. If you press the little button, his collar lights up and she is more than capable of doing that herself. This little guy comes as he is but also with two accessories – he has a scuba mask and air tanks with propellers that can be clipped onto his back. I needed to help to get these on but a slightly older child would probably have no problem. You can also move and manipulate the propellers and which direction they face. RRP £10. 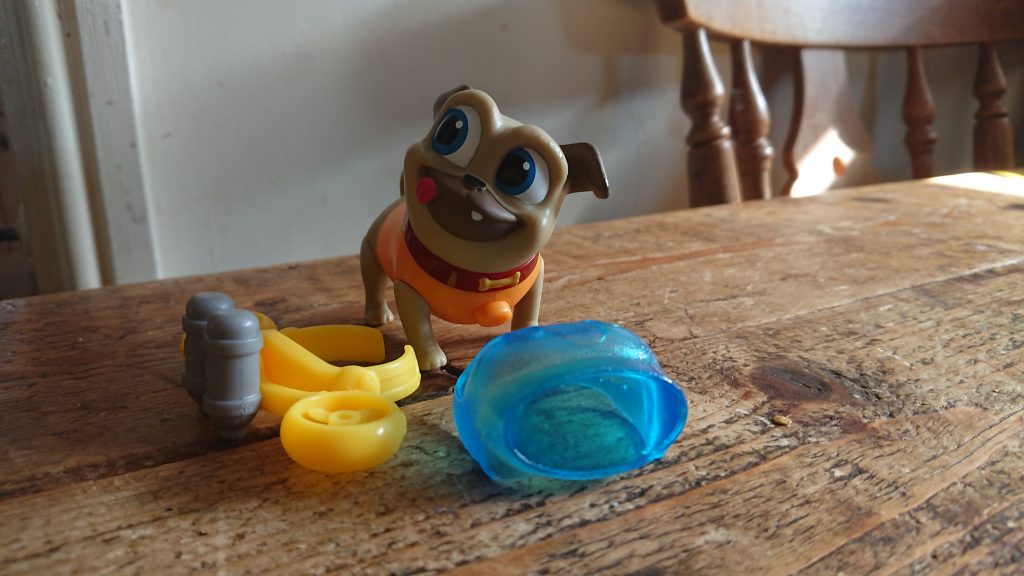 This was by far Alyssa’s favourite out of the 3 which surprised me as I thought it would be the small figurine. However, this is the biggest toy and definitelty the most interactive. Ideally he does need to be on some kind of flat surface where he will stand up alone. Then, if you press the button on his back, Rolly will either make a noise or talk and follow this by walking in the direction he’s facing. This of course was greeted by squeals of laughter from Alyssa who then ran off to show cousin Lily what her new toy did and they pretty much spent the rest of the day carrying Rolly round like a handbag dog #puppydogpaltoys RRP £15 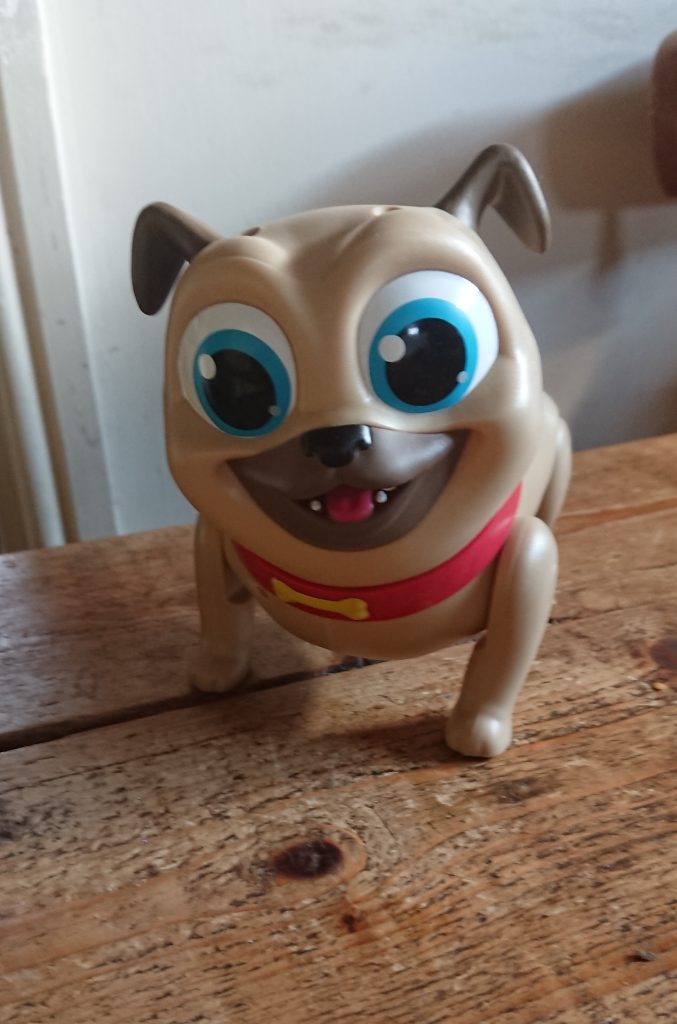 All good toy stores and Amazon.

To celebrate the new toy collection there will be a Twitter party where you can join in as well.

Save the date 15th August @1pm 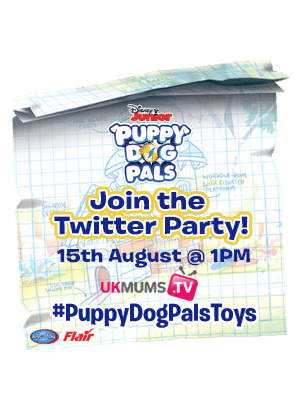 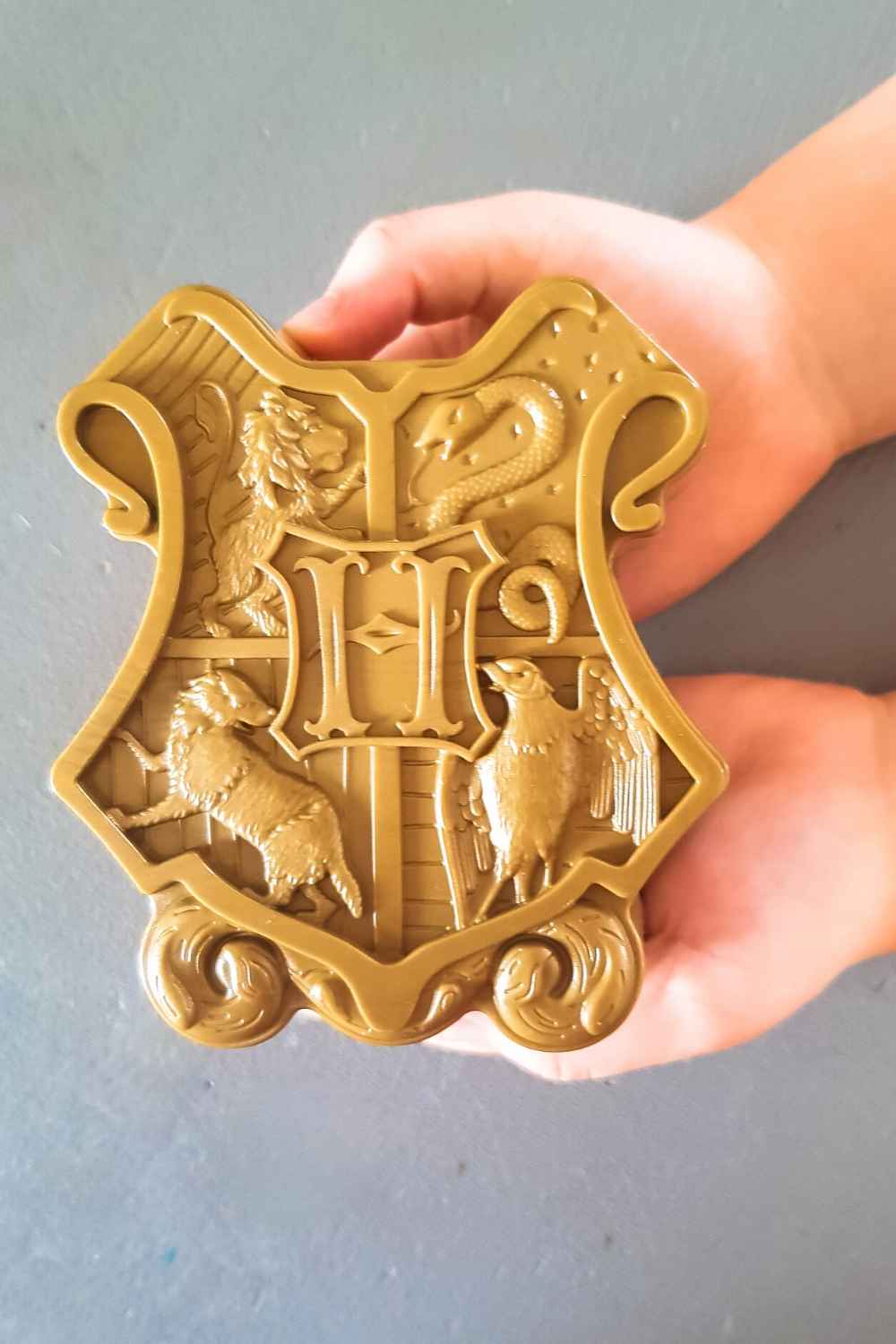