Merry Christmas To All…

Alyssa’s Arrival: SCBU and All 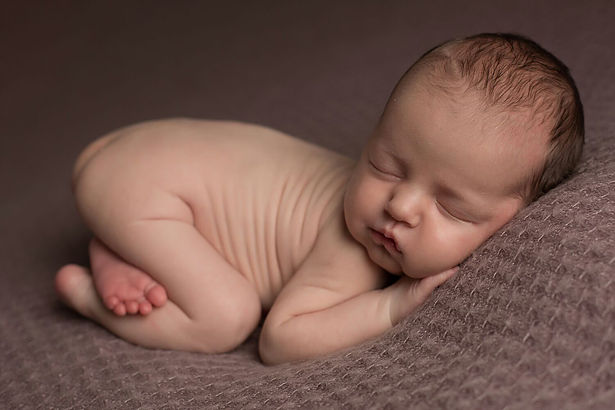 At times it seems like it was just yesterday and at others that it was years ago, but my little girl is nearly 5 months old and approaching her first Christmas and so I thought it was time to share my baby arriving experience.

Let me start out by saying that whilst not technically planned, I have wanted a baby and been broody since I was about 14 (believe me it felt like an eternity to wait) and had finally come to the conclusion, in my head, that despite only being 29 (and now a yucky 30!!) it probably wasn’t going to happen for me and I think this was just because I wanted a baby so much. This made it almost easy for me when I found out I was unexpectedly pregnant as there was no question in my mind as to whether or not I would keep her; she was unconditionally loved from the second I found out she existed.

Apart from the first few weeks (where I had the most awful sickness which caused me to burst into tears in the middle of bloody Boots) I really enjoyed pregnancy. I worried about everything; was I eating enough or too much, she hasn’t kicked for an hour is she okay etc. etc. etc. Luckily, with good family on hand and an amazing midwife and her team, I made it through without any difficulties.

At 31 weeks, I was measuring big (despite several pregnancy wheel checks and speculation we were still unsure if my due date was right) and so I went for a growth scan and found out that she was yes a little big but that she was also breech but not with her bum down but her feet. Also, due to being big she was unlikely to turn at this stage. For about 24 hours, I was completely gutted, as I had had my heart set on having a normal birth, but at the end of the day, I had to pull myself together and realise that as long as she came out nice and healthy that was all that mattered (had a word with myself!!)

I had a few cramps at 34 weeks and so was checked at the hospital and tested positive for risk of premature labour, given some steroids to help her lungs and had a lovely weekend stay in hospital where nothing happened (other than my mum and her partner having to cancel half of his birthday holiday…oops sorry!) I went home and 48 hours later my mum and her partner thought it would be safe to go to Cornwall for a few days, and my sister and her family came to stay with me. All was fine, and my mum arrived back on the Sunday, and I spent the entire day pottering around, cleaning, baked a cake and made lasanga for everyone. They arrived home and after a while, I went to pull the lasanga out of the oven and “Uhhhh mum?!?!” Mum comes rushing in, yeah my waters have broken a day short of 35 weeks and only one hour after my mum had returned from holiday!! My mum and sister started getting my things together whilst I called the hospital and repeatedly told them I wasn’t ready as I had not finished setting up for her or organised everything (damn that OCD), but I was popped in the car with my mum and headed to the hospital, where it was confirmed my waters had broken and that I was going into theatre within the hour, taking my mum along with me (thank god she used to be a nurse though I can recall she still looked funny in scrubs!)

I am not going to go into huge details about what happened in theatre because a) a lot of it is quite fuzzy and b) a lot of it was weird and difficult to describe. However, 9 minutes after starting the c-section, I heard a cry and saw that a nurse was carrying a little pink bundle off to the side and tears just started to stream down my face (tears of joy to begin with). Due to the fact she was early, she had a whole team in from SCBU ready to look after her, but I heard her cry and she was breathing so I knew she was okay. The sad part was, after ten minutes, I still hadn’t seen her, and they took her off to SCBU without showing her to me which then and even now is heartbreaking. They later admitted they should have shown her to me as she was breathing and crying but they didn’t. I didn’t see my precious little girl for 12 hours. She was born at 8.09pm on 19th of July. I was given pictures of her taken by the nurses at 11pm that night, but had to spend an entire night alone and awake until 6am then next morning when a kind midwife, finally wheeled me round to SCBU to meet my gorgeous daughter (I should say that one reason I couldn’t see her was because I had to wait for the spinal to wear off then when it had I was told it was better to wait til morning…not that I slept!!!!)

Complete love at first sight. Even thinking about it now brings tears to my eyes. At that first visit, I was only allowed to touch her through the incubator, but it was enough. I finally had my baby and she was just perfect. For those wondering, she literally stayed in an incubator for 3 days and had a little breathing tube just to make sure she was breathing okay, then spent twenty four hours under the sun lamp as she was a bit yellow, and then the rest of the time was in a little cot. I finally got to hold her that afternoon, and I couldn’t believe how lucky I was to have been made this precious little bundle’s mummy. She was every dream and wish I had ever had come true and I vowed then and there to do everything I could to make her life the best it could be.

In total, she spent a 6 days under the total care of SCBU, in the intensive care room and then the nursery. This was quite an awful time, as they had a lot of rules that not all the nurses stuck to and not all made clear. I did have a huge crying moment when I was told that I wasn’t allowed to hold my baby and that I had to come back later. This was after two days of coming in and holding her when I liked, only to find out that I was only allowed to hold her every 6 hours when I breastfed her, so as to conserve her energy. I tried to ask about Kanga care, but was quite often made to feel that I was surplus to requirements and that she was their baby and not mine. Luckily, after 6 days, and in her basket, she was allowed to stay with me in my room and we just had to visit SCBU or have them over to see us every 6 hours, which also brought on more tears as I finally had my baby where she should be… with me.

I am not going to lie… it was hard! We ended up having to stay for another week in hospital, as we had to make sure she was feeding correctly and still gaining weight. In total we were in hospital for 15 days post birth and I think that is the longest 2 weeks I have ever experienced (and I think the rest of my family particularly my mum would agree!) The midwives were amazing and because I had my own room were very easy-going when it came to letting my visitors stay later, not that I had many. With so much going on, I limited the visitors to family and one close friend as that was all Alyssa and I could really handle and I also knew those people would understand if they didn’t get to have a cuddle as she needed to stay in her crib. Night time was the worst, I was all alone, and once discharged and just lodging felt very alone as the midwives stopped checking on me as I was no longer a patient. Looking back, I was seriously suffering from post-traumatic stress and think that I am still recovering now.I had spent nearly 9 months with my baby girl, only to have her ripped out and inaccessible for 12 hours. I am not sure what got me through this time, other than the total love and support of my family and as I said before in particular my mum who was by my side almost 24/7 through the entire process despite suffering from a long term illness (she is still recovering from the exertion of the whole experience now!) I am told, that I am stronger than I think, and I guess I must have been because after 15 days I suddenly found myself stood outside the entrance to the hospital, bag in one hand and Alyssa’s seat in the other with my beautiful daughter, in her first dress, ready to come home.

Bringing my daughter home (I still can’t get over the fact that I can say the word daughter) was the most amazing feeling in the world. When we were in hospital, it felt like we would never “escape” and that the experience would go on forever. I am not saying it has been easy, oh nooooo. I had three weeks where the only place she would sleep was on me, I’ve had cracked and bleeding nipples, viruses and the horrendousness that is Jabs (that new MenB one is a B***h!!) but I don’t think anything can compare to how difficult those first two weeks were. I think if I can get through those, then I can get through anything. This post may be a little self-indulgent and perhaps for some unnecessary, but for me it was important. I needed to finally talk about my experience and how it felt to be parted and reunited with my darling daughter. So for those of you that came along for the ride, thank you for being my agony aunt. Now, our journey as mother and daughter truly begins and I can’t wait. 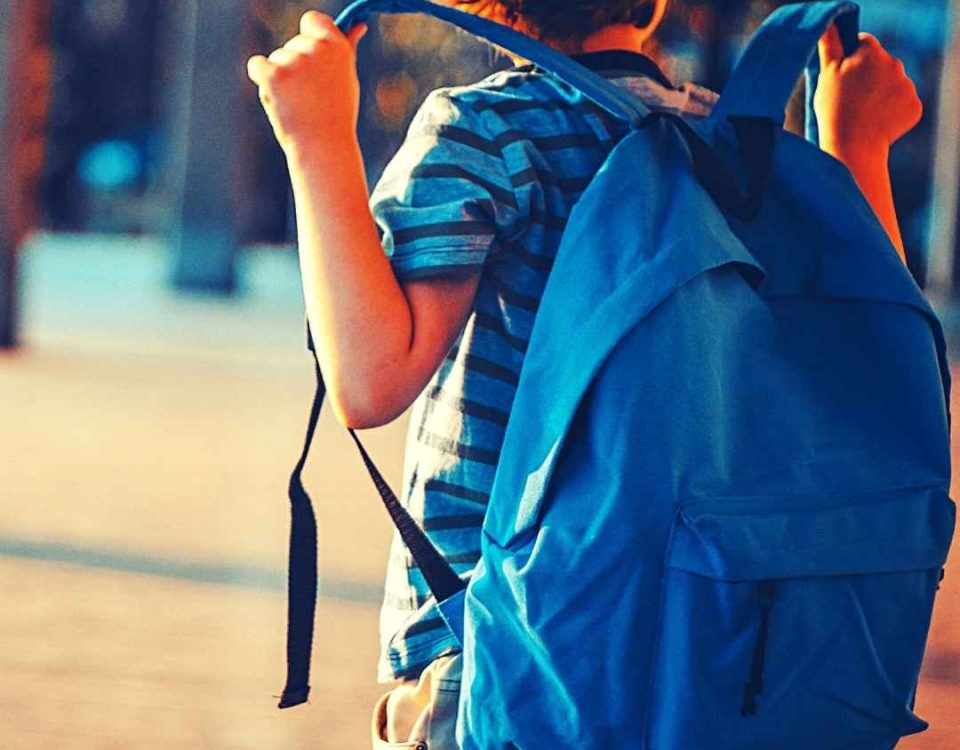